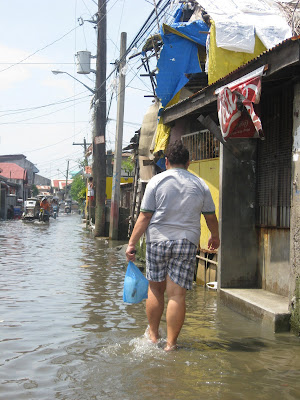 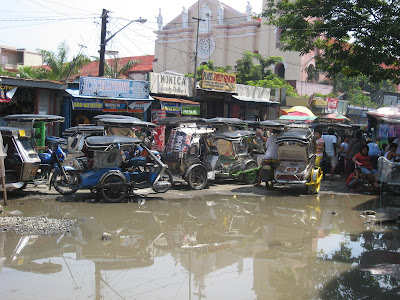 In September, 2009, Manila and the surrounding region was hit by a number of serious tsunamis and hurricanes. Hagonoy is a few hours drive south of Manila and consists of a number of small fishing villages. The streets often overflow because of the nearby coastline and the many fishing farms throughout the villages, but during the summer of 2009, they experienced severe flooding. This intersection was near the City Hall in Hagonoy.