A few days ago, Melissa wrote about street art, which struck me as I thought about the city I'm in now. This type of informal and communal art can inspire all kinds of emotions and responses - invigorating, inspiring and shocking - but I have never been quite as amazed by street art as I have here. Ramallah is a city filled with art. It is impossible to walk more than a block (and probably even less than that) without being attracted to an entire wall filled with art, words, poetry or images, sometimes spanning an entire city block or running the entire height of a building. Instead of trying to write about the city, which is impossible to do without getting into the politics of the entire region, I instead will show some of the street art I’ve come across here. There are so many more pictures to show – of “the wall”, of the posters of Arafat that cover most of the walls in the city, of music festivals and circus performances…I will try to keep adding pictures but here is a start. I added captions at first but found that it was impossible to describe anything without adding more than an undertone of political commentary, so I’ve tried to let the images speak for themselves. The following are images of street art that I took around Ramallah in December, 2009. 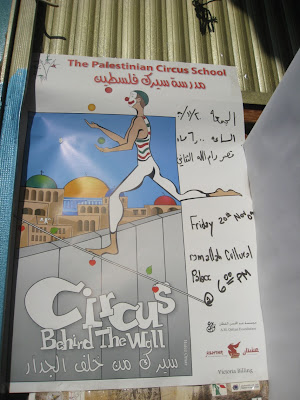 Poster on a wall outside Pronto Cafe in downtown Ramallah 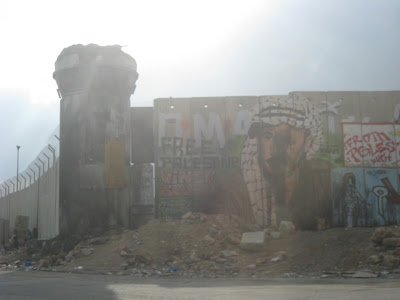 A corner of the Wall, on the drive from Ramallah to Jerusalem 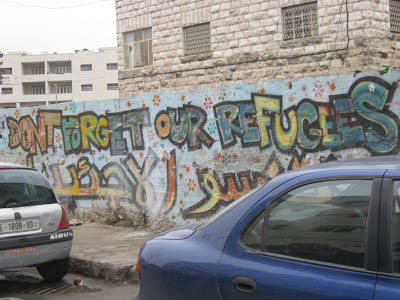 On the road entering a refugee camp just south of Ramallah. 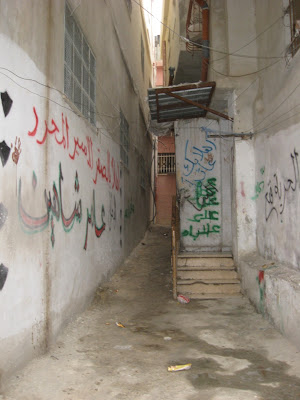 An alleyway in a refugee camp south of Ramallah. 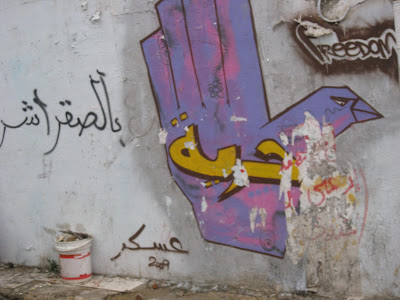 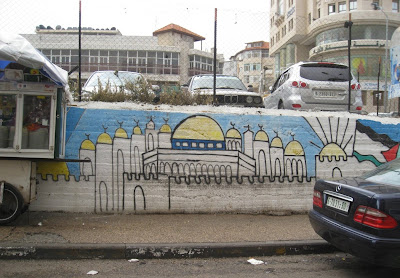 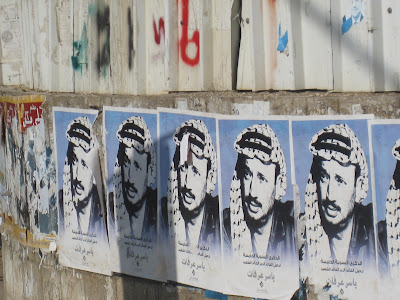 Outside of Zamn Cafe, a poster covering most walls around Ramallah.