Preachers, Hustlers and Wheelchairs: Why Document a Harlem Intersection? 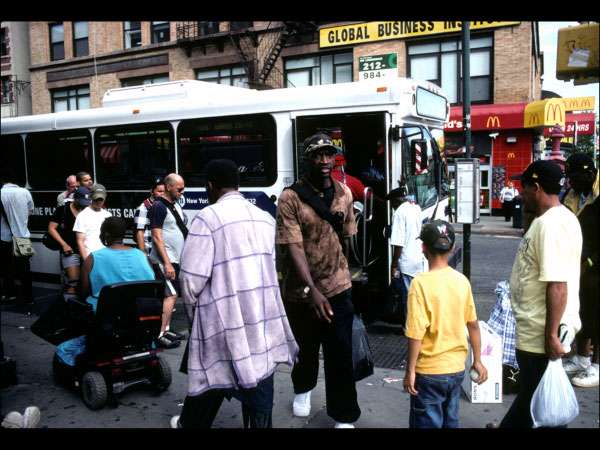 Photographer Camilo Jose Vergara has a new photo essay in Slate recording life at 125th and Lexington, an animated intersection in Harlem. Vergara has photographed urban landscapes for 38 years, but he said "none is as complex as this intersection in New York,” where drugdealers, sick people, street evangelists, and ordinary working people collide.

Vergara wants to document “urban places across America where mostly poor strangers cross paths.” The slideshow captures the gritty side of Harlem — where tourists seldom tread and many folks are not doing very well. 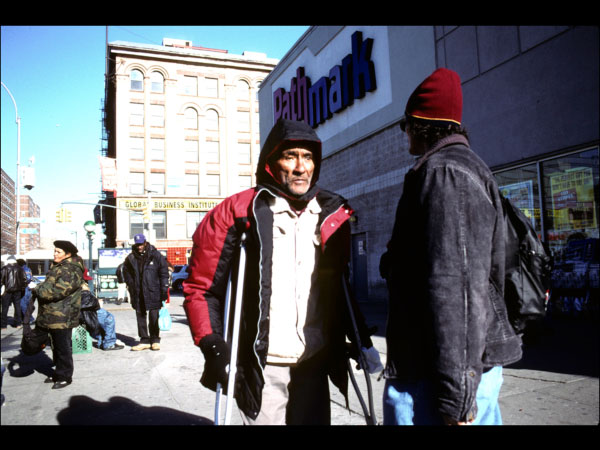 Vergara seems to view himself less as an urban analyst, like William Whyte, and more as an archivist. He returns to the same spots time and again and has geo-tagged his photos of New York, Richmond, CA, and Camden, NJ.

“The ghetto poses urgent questions I feel compelled to respond to, not with solutions but with explanations and tangible records. I am driven to publicize and preserve the memory of these environments,” Vergara said.

Is the worth of Vergara's work limited to its historical or artistic value? He has exhibited his photographs at the New York Historical Society and the Getty and published numerous books. But even if Vergara does not want to take the reigns in devising solutions, his desire to chronicle and publicize difficult urban spaces seems at least implicitly aimed at effecting change. 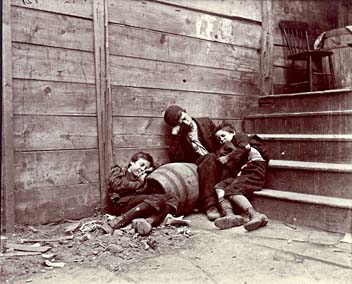 Early in the age of photography, Jacob Riis’s photo-documentation of the living conditions of poor people in New York in the late 19th century led directly to social reform. I wonder if photographs of urban poverty still have the same potential, or if in our visual culture, photographs lack the power to shock in the same way because we’ve seen it all. What is the role or potential of urban documentary photography today?