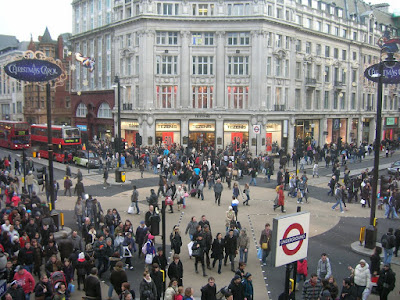 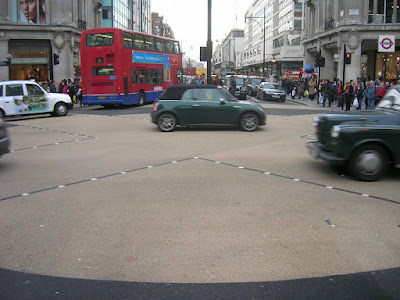 This intersection lies in the heart of the City of Westminster, in London’s West End. It is a major juncture between Oxford Street, home to the major department stores, and Regent Street, which was carved through the city fabric in the early 19th century by John Nash. In 2009 a diagonal pedestrian crossing was introduced to relieve the growing congestion in the area, giving the UK a decidedly less delirious version of Tokyo's Shibuya Crossing. The impression in the space is one of frantic consumerism and disorientation.