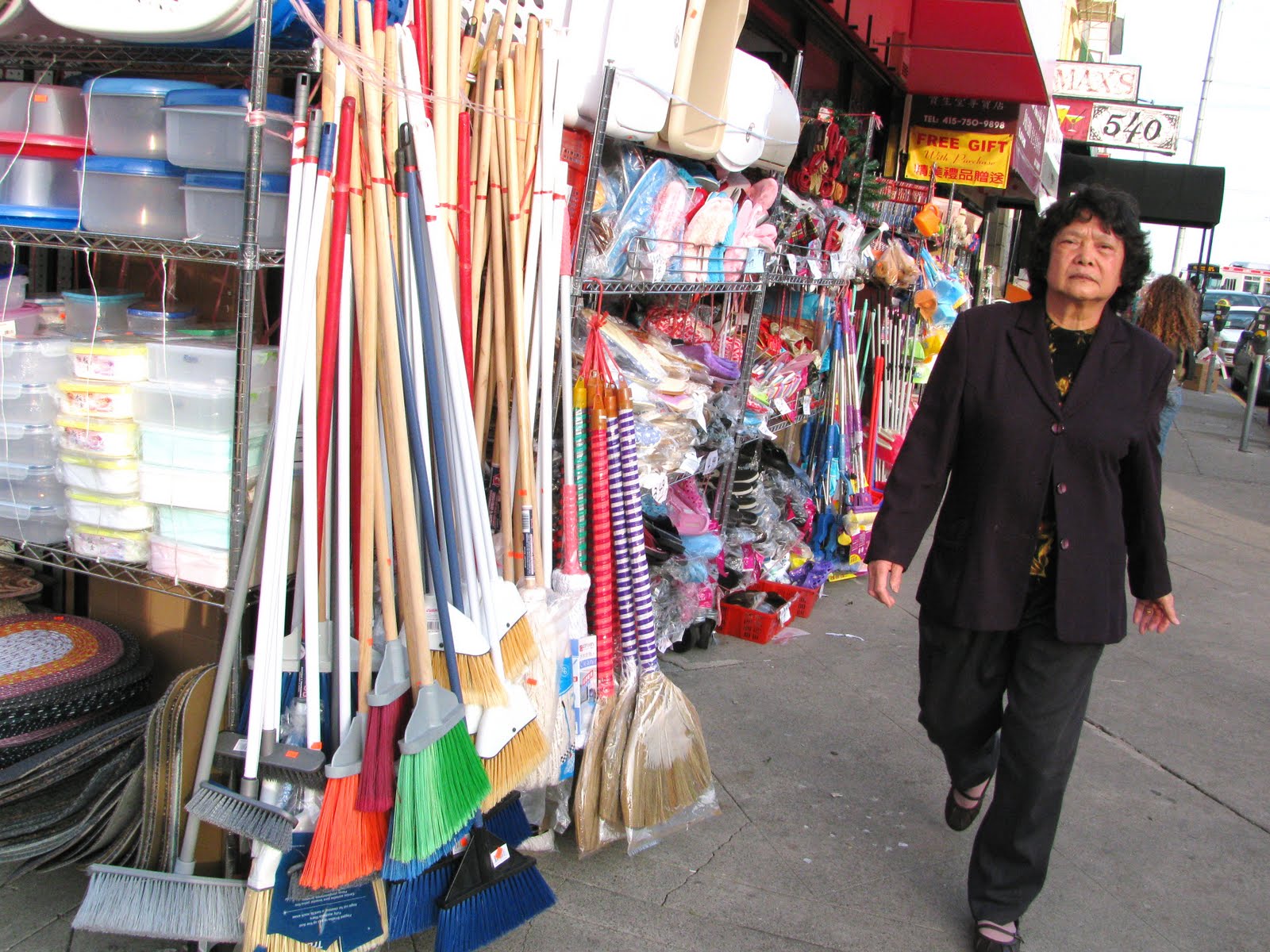 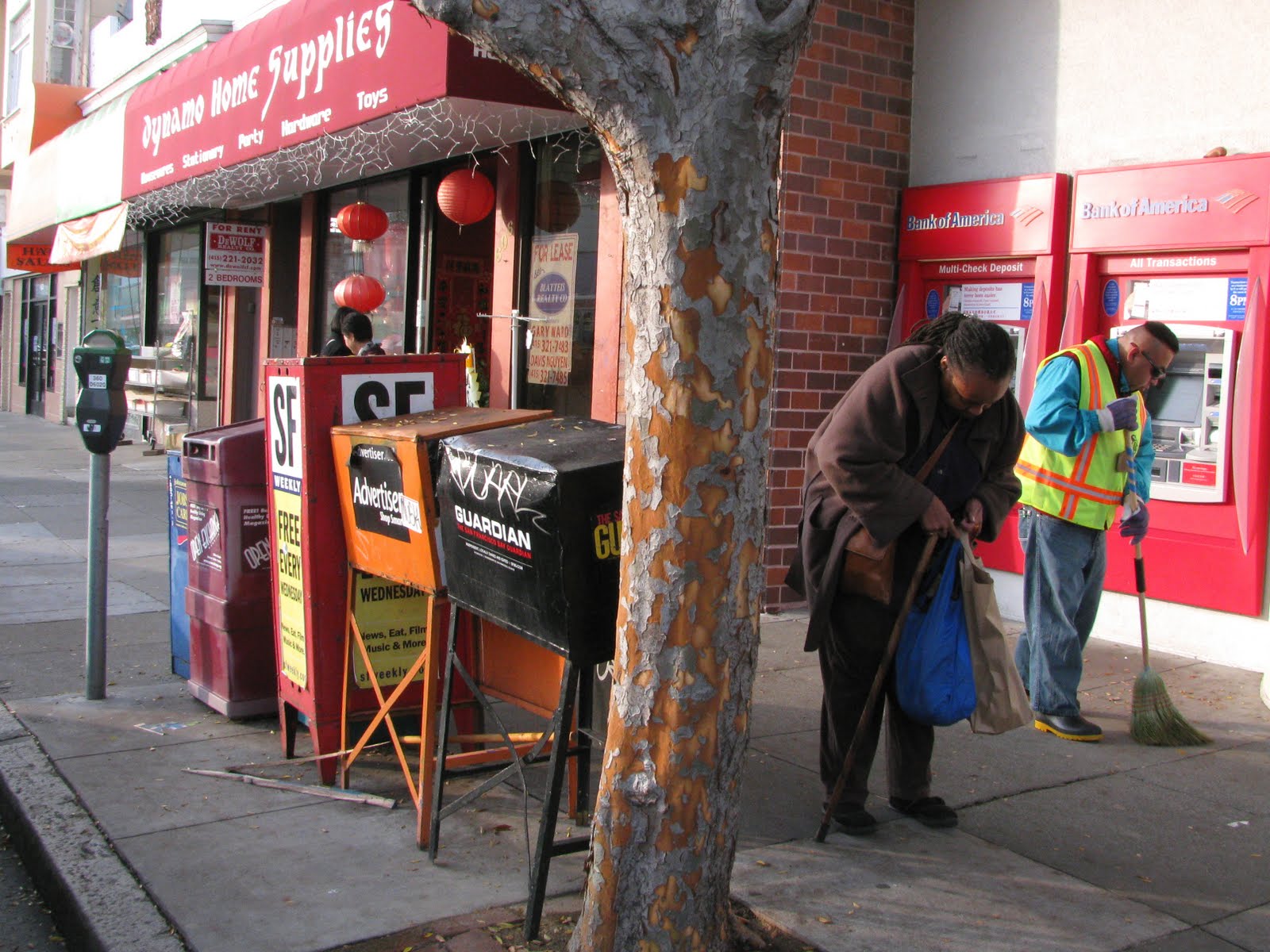 This intersection is typical of San Francisco’s Richmond district, the foggy, immigrant-heavy neighborhood I grew up in. Clement St. is San Francisco’s unofficial second Chinatown, with bustling and inexpensive markets, restaurants and house-ware shops. Asian and Russian immigrants, whose delis pepper the next street over, replaced the Irish-Americans that dominated the district before World War II; one of the neighborhood’s many Irish pubs is in the back of the top photo. Gentrification has begun to creep up Clement St. a few blocks to the east, but hasn’t reached 7th Ave. — close to some of the city’s best independent bookstores, cafes and bakeries. “The Avenues” are sandwiched between the Pacific Ocean and the city's two largest green spaces, Golden Gate Park and the Presidio, but feel far away for many San Franciscans. The denizens of this intersection give the sense that they know where they’re going and can walk home.