Six Questions for a Paramodernism 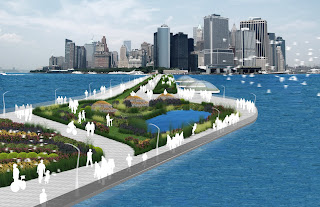 The question left over from my last post involved how we could possibly envision a paramodernism, a means of thinking big and acting boldly while taking into account the profound failures of modernist planning and architecture and the trenchant critiques of top-down urbanism plied by both the right and the left over the past half-century. Perhaps as a testament to the relevance of this question for today, the urbanism gods have blessed us with comparison's of Le Corbusier to Pol Pot and plans for an algae-bridge between Manhattan and Brooklyn over the past two weeks. In paratalmudic style (it is clearly the

prefix for the new millennium), I will attempt to answer this question, not with a question, but with six throughly intertwined questions replete with reading recommendations.

A keen reader will note that none of these questions are about the environment. This is due not to any anti-environmentalist stance or reactionary doubts about climate change, but simply the new hegemony of green - it virtually impossible to imagine an urban modernism today that is not at its core about sustainability or the climate crisis. Yet as the popularity of the three E's (remember them?) fades into talk of LEED certification and sustainble transportation, sea-level rise and solar panels, our well-intentioned (and much needed) dreams of hope and possibility through a restructured urban world will founder if we (continue to) ignore hard questions without easy answers. Think of it as an EIR with a broader conception of the E.

The Six Questions for a Paramodernism 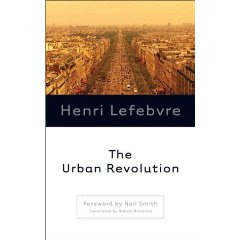 1. The capitalism question. If there is anything good to be had from the current crisis, it is the fact that capitalism is a subject of debate (rather than simply an unspoken assumption) in American political discourse for the first time in my life as a reader and listener. Whether your project challenges capitalism or conforms to one of its many variations, it's engagement should be explicit, and should be based on a recognition of the powerful role of urban space as a prominent (if not predominant) means of production in the contemporary world. See: the current crisis. Or Henri Lefebvre's Urban Revolution.

2. The race question. Some would call this the difference question, or subsume it under the culture question, but as an American I must call it the race question, and I think its implication of a consciously and historically produced structural inequality is worth keeping. So much of modernist planning attempted to obliterate class while ignoring race, and we are fools to think that green can be the only color that matters. Green is now but one color in the racial politics of urbanization, and it must be engaged as such. See Van Jones for an interesting grand vision which considers race, capitalism and the urban in broad and clear terms.

3. The ownership question. Public or private or in-between? Collectively controlled in some way? At what scale? We so quickly ignored the plans for social ownership of the Garden City that Ebeneezer Howard's garden city fantasy was quickly reduced to a land use plan cum suburban aesthetic. His dalliances with anarchist thought about the possibilities of collective decision-making at a small scale were left to historians. On the other hand, places like Co-op City in New York have been remarkably successful as both ownership models and alternatives to suburbia for middle-income and working class families, in part because they paid attention to ownership and control. We now have an amazing array of innovative ideas bridge the gap between renting and owning - land trusts, shared-equity ownership, mutual housing associations - which are scalable and applicable to industrial land and commercial space. Let's use them.

4. The justice question. It is amazing how often this question is ignored. That pesky third E - equity - never seemed to truly hang in there when it came to the big tent concept of sustainability, which to this day tends to become a passionate conversation between the economy and the environment about technological solutions or ecological morality. Following David Harvey and Iris Marion Young, this question is intertwined with these other questions, but I would argue that it is also a moral question, something many leftish intellectuals have shied away from due to morality's longterm relationship to religion. New urban visions must be explicit about how they are just and what they mean by a just city. Check out Peter Marcuse and friends' new collection on the search for the just city, although the price is surely unjust. 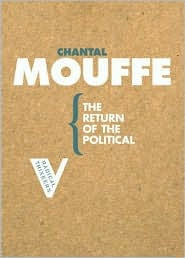 5. The politics question. We planners and architects can be so afraid of it, in part because we are often taught that politics is something that prevents good planning, something external to what we are making. It is this logic that leads us to fear the agonism that makes democracy work, (Chantal Mouffe) and leads planning down the road followed by so many institutions at the heart of the modernist project to become what James Ferguson calls "anti-politics machines." So much blood, sweat and ink has been spilled over the past half century and beyond arguing for urbanists to think about process, politics and people, to struggle with and not just for, to recognize that the debate and discussion is part of the plan, not some negative externality. Perhaps it is time to listen.

6. The liberalism question. This has been modernism's greatest failure, whether it was Corbu's towers, Niemeyer's capital or the socialist dream in general. We on the left have never truly come to terms with our individualism, with the very real desire that so many of us have to be free (at least at certain times in certain ways) from the collective. Although the old German adage that "city air makes men (sic) free" has been used and abused over the years, there is something to it. The paramodern must make peace with liberalism, not its newschool neo- form but the oldschool reactions to feudalism, tradition, slavery and the thousands of years of human history where we were bound by church, state, tribe and family. The liberal world has only just begun, and as globalization and technology make the pursuit of the individual life easier and seemingly more urgent, our new urban visions must make space (literal and figurative) for us as individuals. Merging liberalism with questions of collective ownership and a productive politics is surely difficult - perhaps it is a question of scale. But that would be seven questions.