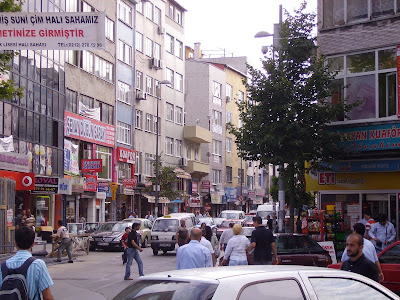 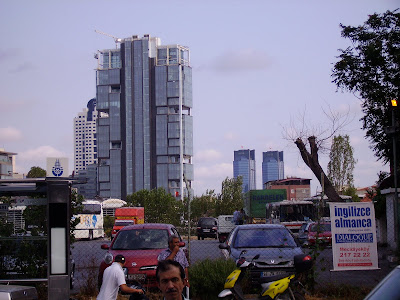 It is fascinating how two views from the same point can capture such different cities. Both are take from a busy intersection near the 4.Levent metro station in Istanbul, just off of Büyükdere Blvd., which has become the major center of modern skyscrapers and finance capital in this rapidly growing metropolis. One of the many reasons this city fascinates so many urbanists may be this tendency for stark juxtaposition, for the ability to see older and newer forms of the modern city living on top of each other.