Adaptations of Vernacular Modernism in Casablanca 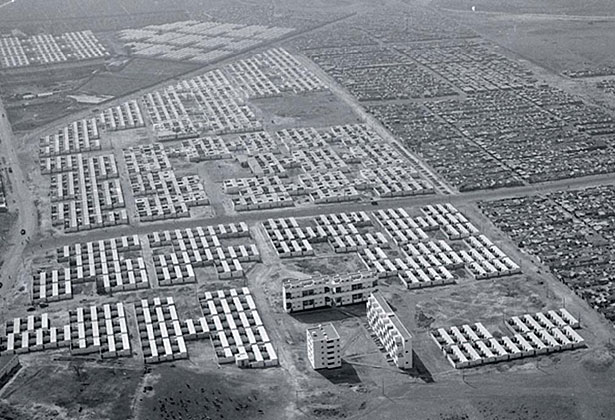 In the early 1950s, a group of architects found inspiration in Casablanca's slums, transforming an area at the city’s margins into a sandbox for utopian experimentation. The main participants were George Candillis, Alexis Josic and Shadrach Woods, who worked within GAMMA (Group of Modern Moroccan Architects) and were part of the controversial Team 10. Critical of the purely functionalist orientation of early modernist architecture, Team 10 aimed to develop a new approach rooted in the vernacular and the everyday. 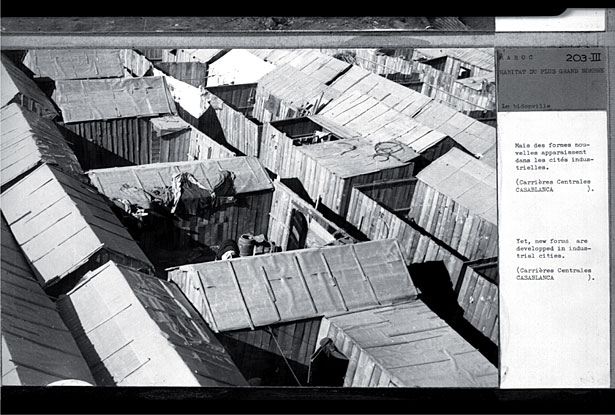 Based on careful ethnological surveys of the living conditions and building techniques of slum dwellers, the architects designed two pilot housing projects adjacent to the slums at Carriere Centrale. The resulting buildings were meant to formally integrate data on local climatic conditions with a modernist emancipatory project for slum dwellers. The research and designs were presented as a teaching model at the 1953 CIAM meeting in Aix-en-Provence and caused an uproar in the modernist movement at the time. The group insisted that their goal was to demonstrate the role that indigenous dwelling practices could play in developing what Alison and Peter Smithson called a more "humane" architecture.

Michel Écochard, head of the Urban Planning division in Morocco at the time, employed GAMMA to design a "culturally specific living tissue," which he hoped would evolve organically into a community over time. These two projects were named Nid D'Abeille and Semiramis, and they were the first attempts by the French protectorate to build new housing for the colonized rather than the colonizer. While the idea was to supply workers and rural migrants with affordable housing options, the new development proved too expensive for most slum dwellers. 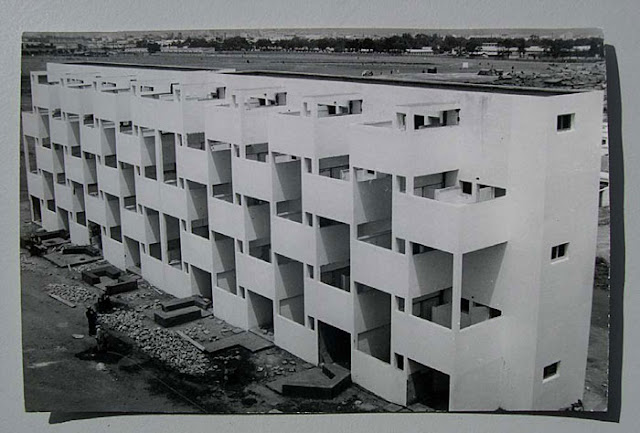 The Nid D’Abeille (Honeycomb) is the more striking of the two buildings. The first impression is that of looking at a cardboard model, which rhythmically repeats a pattern of rectangular shapes jutting from its surface. The viewer struggles for a sense of scale. In an aerial photograph with the nearby slum dwellings, it becomes apparent that the odd geometric pattern of suspended patios with high walls shields the owners from outside views. 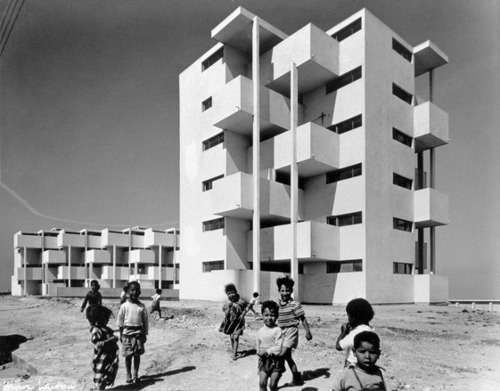 Visiting the site in 2011, I was impressed with the palimpsestic appearance of the buildings. Spaces above the patios have been walled in and converted into bedrooms or living rooms to accommodate growing families. Networks of clotheslines weave a colorful display between the support pillars of the patios, and in some cases new windows pierce the existing cement facade, while satellite dishes are constantly mushrooming in spaces still open to the sky. 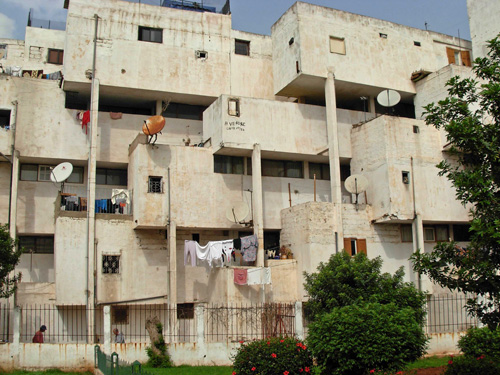 Is it possible to see this adaptation of the building as a critique of it? In that case, what can be learned about its inhabitants' perceptions and their ideas of "vernacular modernity"? For James Holston these modest adaptations can be considered forms of insurgent citizenship. For the inhabitants I spoke with, they are pragmatic ways of dealing with a lack of space and financial resources needed to relocate to larger dwellings. 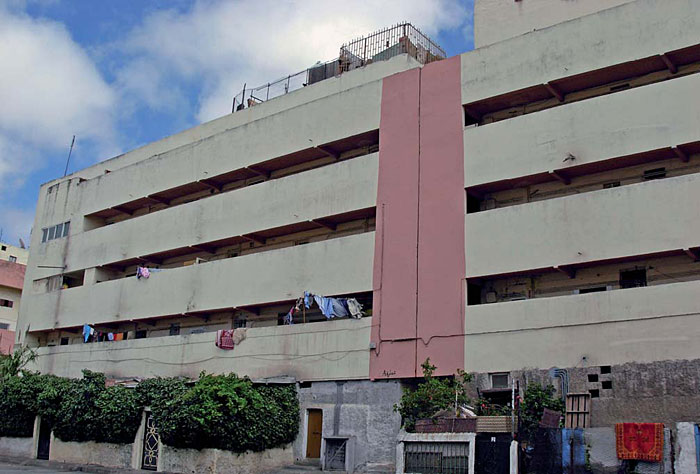 Scholars have argued that these "adapted habitat" developments, which were meant to serve as transitions to "modernity," have in fact acted as imprisoning architectures of oblivion and erasure (Ossman 1994, Pieprzak 2007). Meanwhile, the oldest slum in North Africa endures beside these sandbox projects of French colonialism. 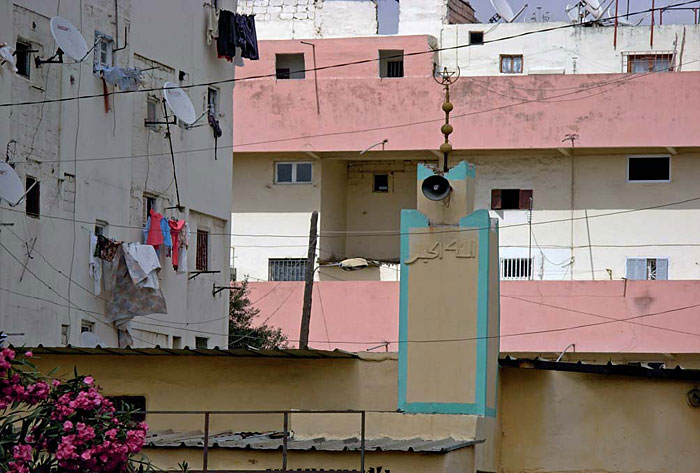 A small mosque has been added to the complex. Source: Colonial Modern

The Moroccan state has shown little interest in collective memory and identity amidst the apparent chaos of the urban margins. The late King Hassan II lamented what he saw as "[t]he classic form of the Moroccan Islamic city, the flower of our cultural greatness, in the process of disappearing into a nameless and indescribable magma." The Moroccan Ministry for Habitat and Urban Planning has been running a campaign for slum-free cities since 2004, with mixed results. As resettlement neighborhoods and satellite towns spring up overnight, one wonders if lessons from the past will lead to a better urban future.