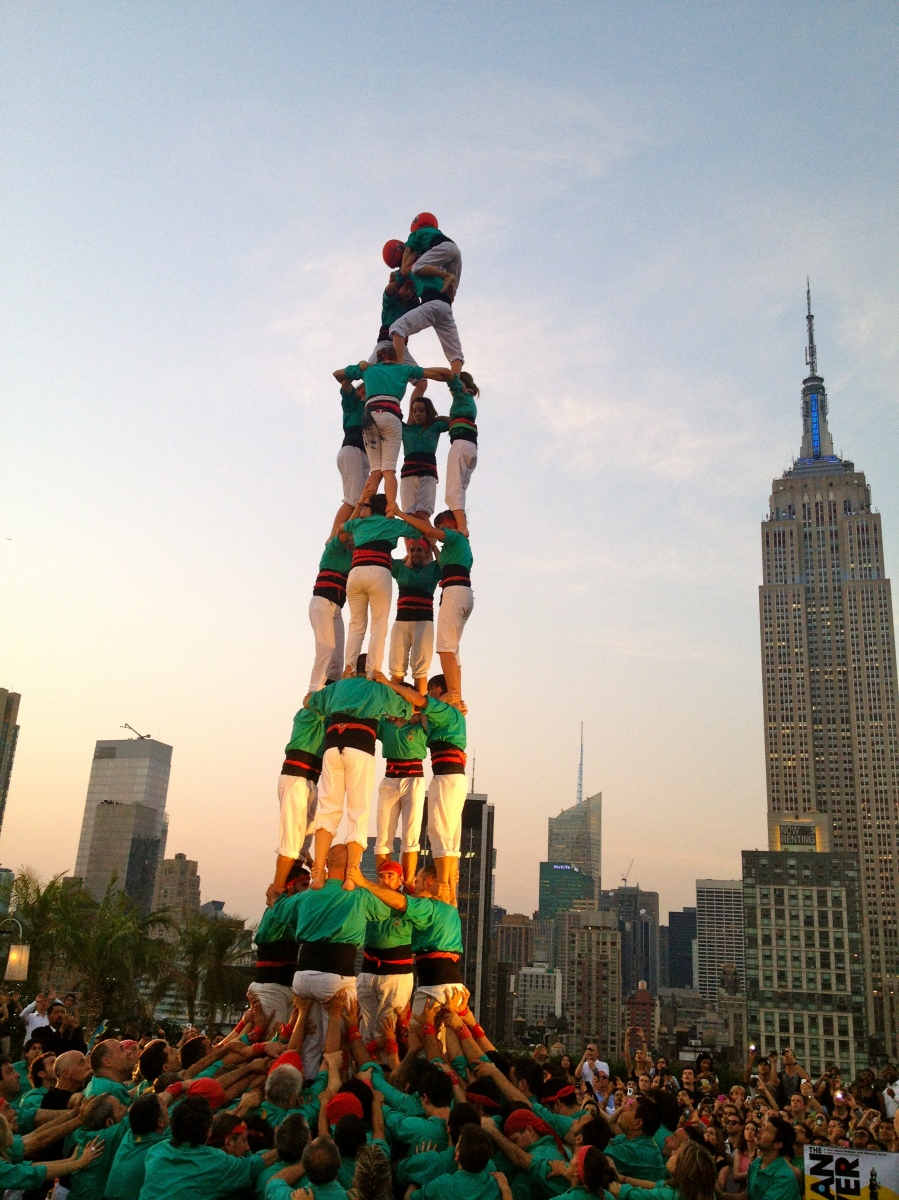 My recent trip to New York City coincided with the first ever visit of a Catalonian human tower building team to the U.S. Hailing from the city of Villafranca del Penedès in northeastern Spain, they are one of the most renowned teams among 58 found in cities and towns across the Catalonia region. 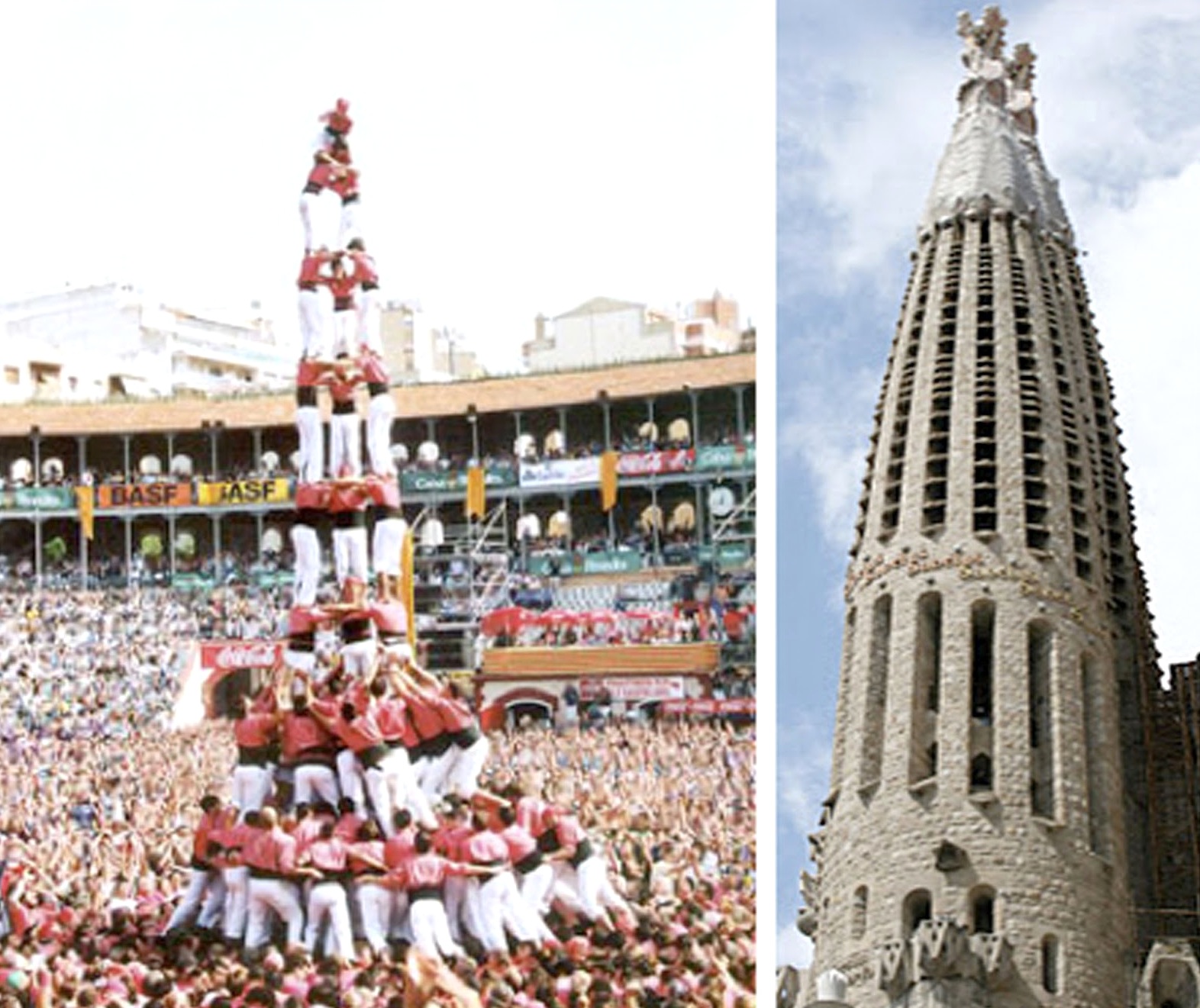 Human towers, or castells as they are called in Catalan, are a tradition from the late eighteenth century that are still present and very popular at festivals across the region. UNESCO formally recognized human towers in November 2010, when they were declared an element of Intangible Cultural Heritage of Humanity. One could argue that the cultural inspiration of temporary castells has been made permanent through a renowned work of architecture: It is believed that Antoni Gaudí was inspired by castells in developing his designs for the Sagrada Família.

Human towers can be built up to 10 human-stories high through the combined strength of volunteers of all ages, social classes and professions. Indeed, it is only through deep cooperation that a team of about 150 people can build castells. The motto of castellers, those who make human towers, is "força, equilibri, valor i seny": strength, balance, courage and the mental capacity that enables just perception, appreciation, understanding and action.

Since a high level of teamwork and trust is fundamental to building human towers, castells can also be understood as a form to create communities of place. A 75-minute documentary film called The Human Tower, released earlier this year, explored community building through the construction of human towers in Santiago, Chile; Mumbai, India; and Vilafranca del Penedès, Spain.

If you are intrigued by castells, the festival season just started and continues until the end of November across Catalonia, particularly in the provinces of Tarragona and Barcelona. Some of the most important events are held in la Bisbal del Penedès on Aug. 15, in Vilafranca del Penedès on Aug. 30 and Nov. 1, at La Mercè Festival in Barcelona in September, at the Diada de Santa Ursula in Valls in late October, and at the Diada dels Minyons de Terassa in Terrassa in late November. There is also a castle competition, the Concurs de Castells, held every two years in Tarragona, on the first Sunday in October.