Placemaking and the University

Last Sunday I woke up in Boston with a marvelously unusual prospect: a day with nothing to do. I decided to hit the pavement. 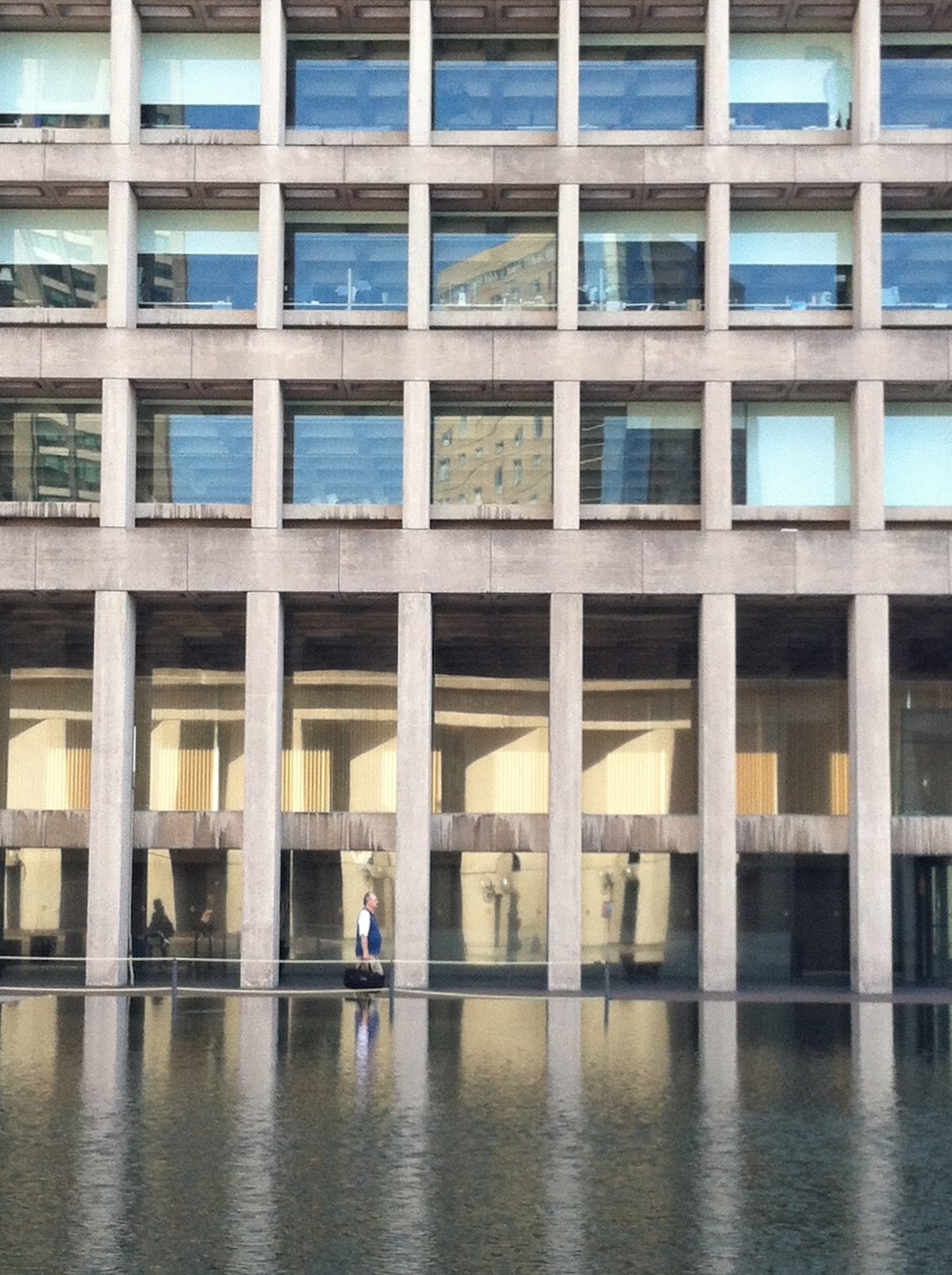 I live in Providence, and Boston is only an hour and $10 away by commuter rail. I've been to the city many times over the past few years, but always for a specific reason: to visit friends, to attend conferences, to tour historic places. I would arrive at South Station, hop on the T, climb up to the street and beeline to my destination. My mental map of the city was a series of disjointed snapshot memories, mainly of college campuses and public centers. A walk, I thought, would string them together and let me see the places in between — the "real city" outside of the structured spaces I had visited. A placemaking map of Boston. For an explanation, keep reading. Source: Wikimedia Commons

But as I walked, all I found was structure. I went southwest through the pathways of Northwestern University, past the Massachusetts College of Art and Design and through the quiet green of Simmons College. I walked north past Fenway Park, through Boston University's campus center and across the bridge to the glass and steel arches of MIT. I walked southeast through Boston Common and the stately squares and steps of Government Center, and I walked back down the southeast corridor and through the grand Prudential Center.

In New York or Buenos Aires, all walks are beside screeching cars, all lines are straight and all turns are sharp. The only curves are cut out of square parks carved from uniform blocks. In Las Vegas or Detroit, commercial strips are interspersed with abandoned or under-used space, and pedestrians shortcut across parking lots or empty grass to get from place to place. In Boston, I could walk for hours on pathways made with the pedestrian in mind. There were paths along waterways, pedestrian-only alleys, wide boulevards with wide sidewalks, footbridges over roads and rail lines, and everywhere benches, stairs and green spaces where I could sit.

There are only a few types of organizations with the incentive and ability to engage in placemaking. Governments build monumental spaces to intimidate and awe. Commercial developers build urban parks like Boston's Prudential Center or Las Vegas' casinos to attract business and consumers. Communities build spaces to encourage urban living.

Universities are also placemakers. They build enclaves for the academic community, to foster interactions between faculty and students and attract applicants for whom the aesthetic of the university is becoming more and more important (consider the multitude of online "Most Beautiful Campus" rankings). In an urban setting, however, a college campus is not private — anyone can wander in and out of the MIT or Northeastern campuses and take advantage of their carefully watered lawns and strategically placed benches. 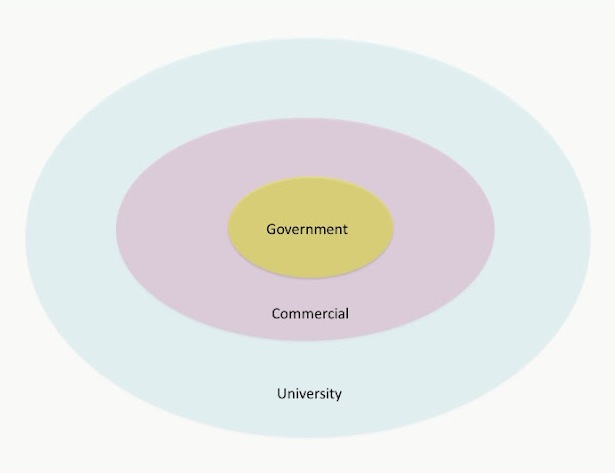 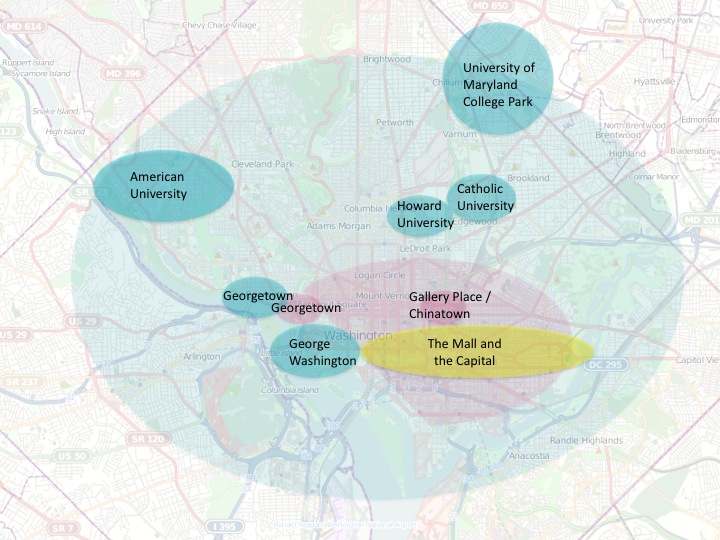 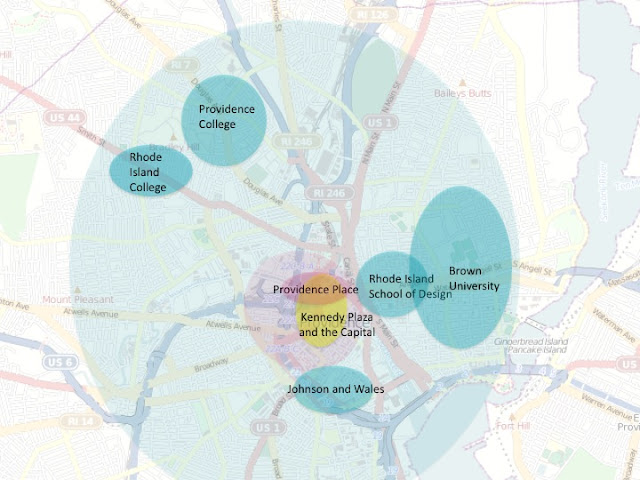 Of course, these rings are not walls. In Boston several colleges fall within the "commercial" ring, although their campuses tend to blend into the grid, and many colleges fall outside of the "university" ring and carve out mostly private spaces from suburbs. And not every city is like Boston. New York defines the university, not the other way around. Still, this is an interesting pattern.