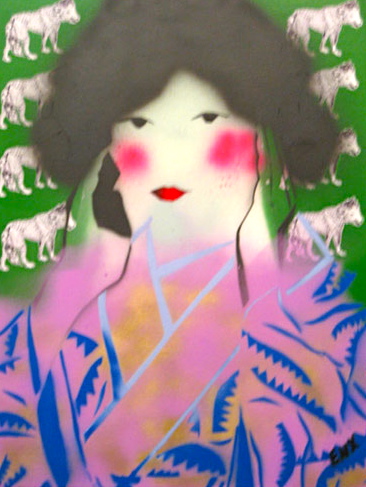 In XCIA's latest exhibit, "Street Artists Unite!," he opened up his work to a group of street artists as a form of collaboration. Like buildings, his photographs were "bombed" by Army of One, COPE2, Fumero and many others. With the transformed photos displayed next to the originals, a dialogue between artist and documentarian is generated and presented as a collective piece.

The exhibit will be on view at New York's Dorian Grey Gallery until Aug. 5.