Countless books and exhibits address early Soviet architecture, but the residential buildings most often included don't adequately represent housing from this era. According to the usual narrative, architecture in the 1920s was more theoretical than practical, political upheaval made its proper realization nearly impossible, and the few completed buildings are now in terrible condition. While this is true in many cases, a walk through the streets and courtyards of Moscow reveals a more interesting story. 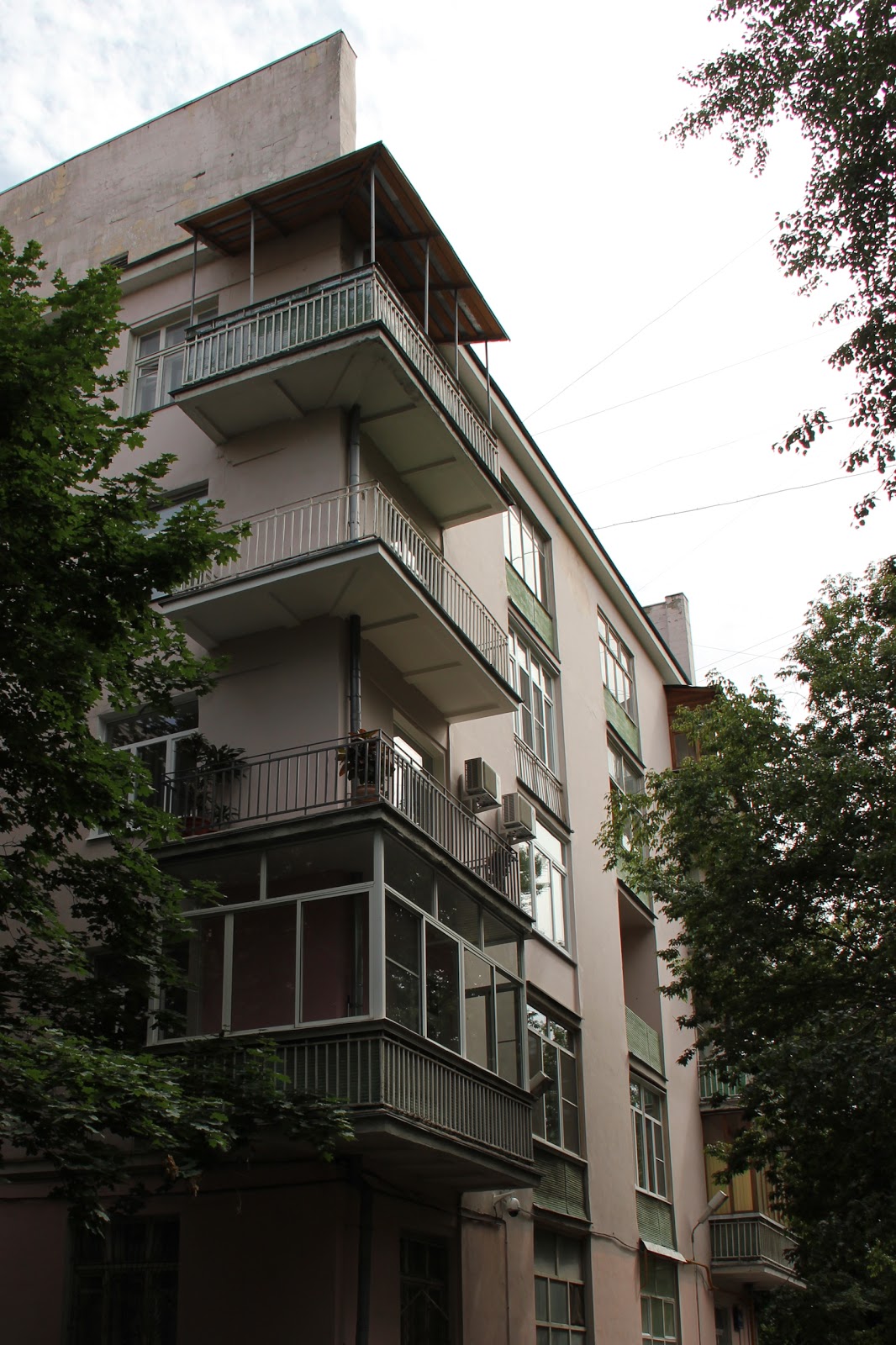 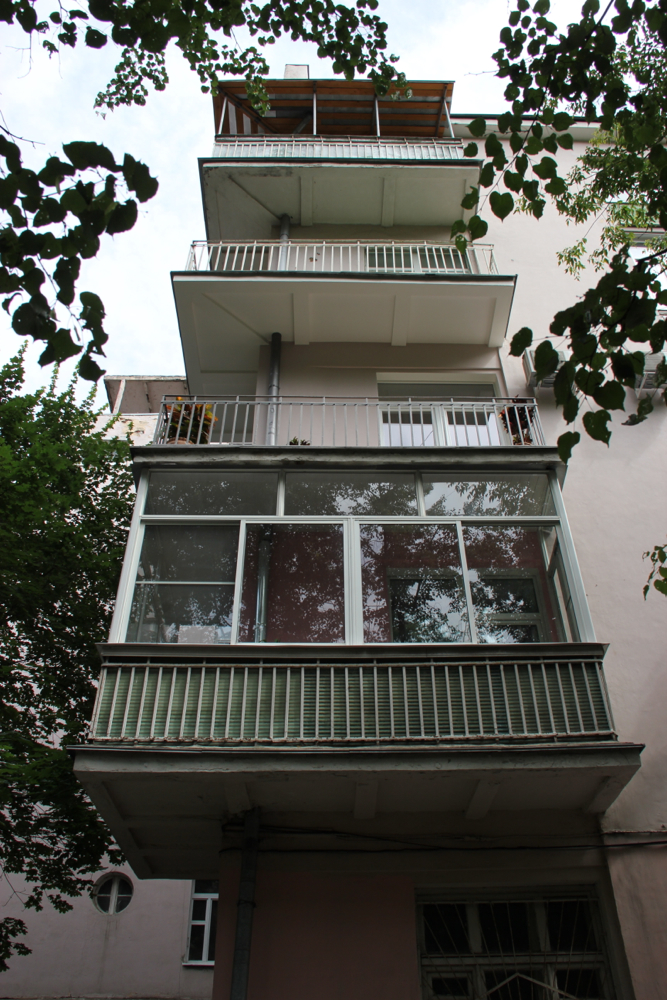 There are many apartment buildings from the late 1920s in use around Moscow's center, and they tend to be strikingly humane. Most are 5 stories high, with generous balconies that overlook intimate courtyards. They show signs of Constructivist style, but there is great variation in design. Some are in need of repair but others have been well cared for and still look wonderful as they approach their centennials. 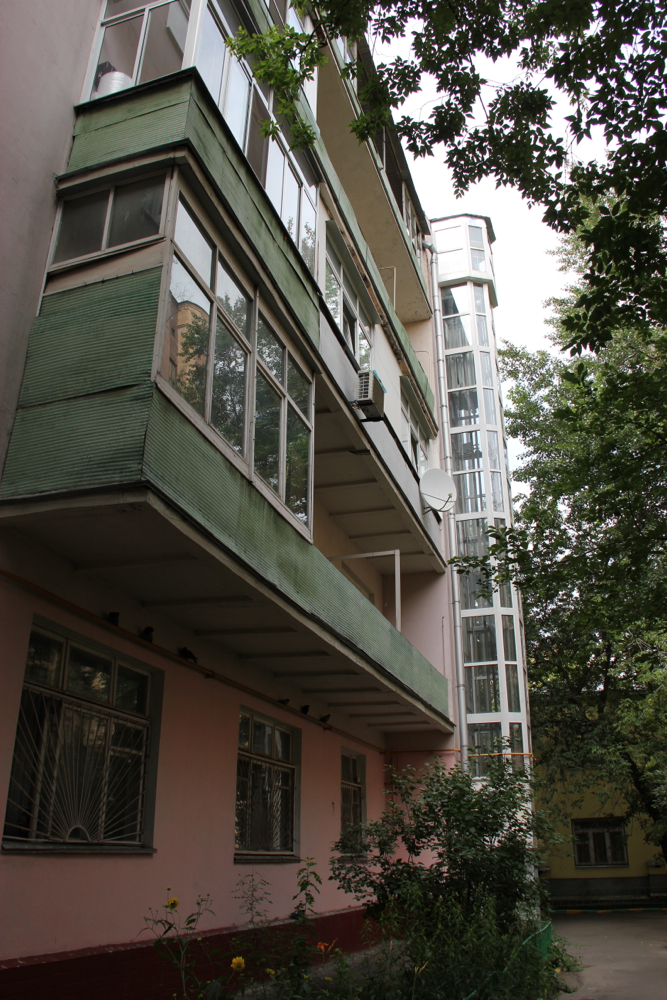 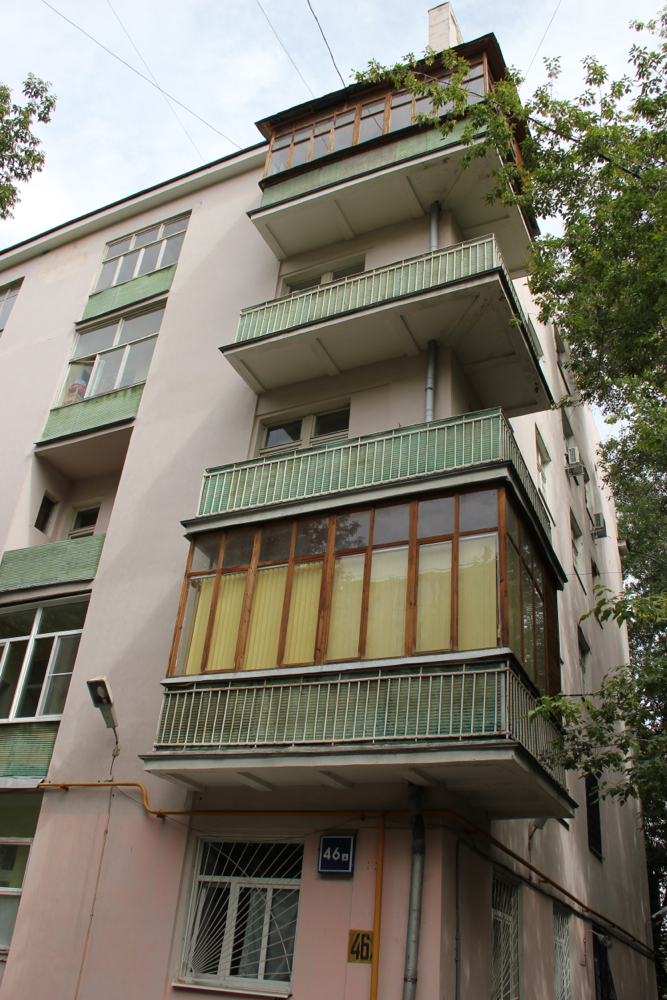 Prospekt Mira 46a, built in 1929, is a model of quality design and maintenance. Its care isn't fussy, allowing for personalization of balconies and a nontraditional paint job, but the building clearly hasn't been neglected. The glass elevator remains fully transparent, there's no sign of vandalism, and flowers line the base. A peaceful atmosphere surrounds the building despite its location at the intersection of two major streets. 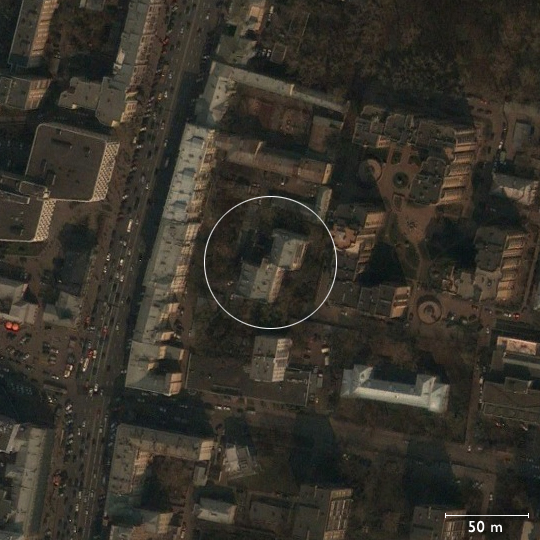 Maybe Prospekt Mira 46a has been written about and displayed, but I don't remember seeing anything about it, and there are many similar cases that receive little or no attention. Instead they are at risk of demolition because of their limited rentable area and ample green space in prized central locations.

I often wonder who designed these buildings and how they came about. Some may be the work of house-building cooperatives that emerged in 1924 as part of the New Economic Policy (NEP), which allowed some forms of private enterprise to meet pressing needs while the new Soviet government established its footing (see Vihavainen 2009: 53). Whether or not this is the case, there is much to learn from the history of such comfortable urban housing.