Spotting a Mermaid in Staten Island

Stillspotting nyc is a two-year multidisciplinary project that takes the Guggenheim Museum’s Architecture and Urban Studies programming into the streets of New York. Site-specific commissions in all five boroughs identify moments of urban quiet and stillness in response to everyday issues of noise and anxiety. 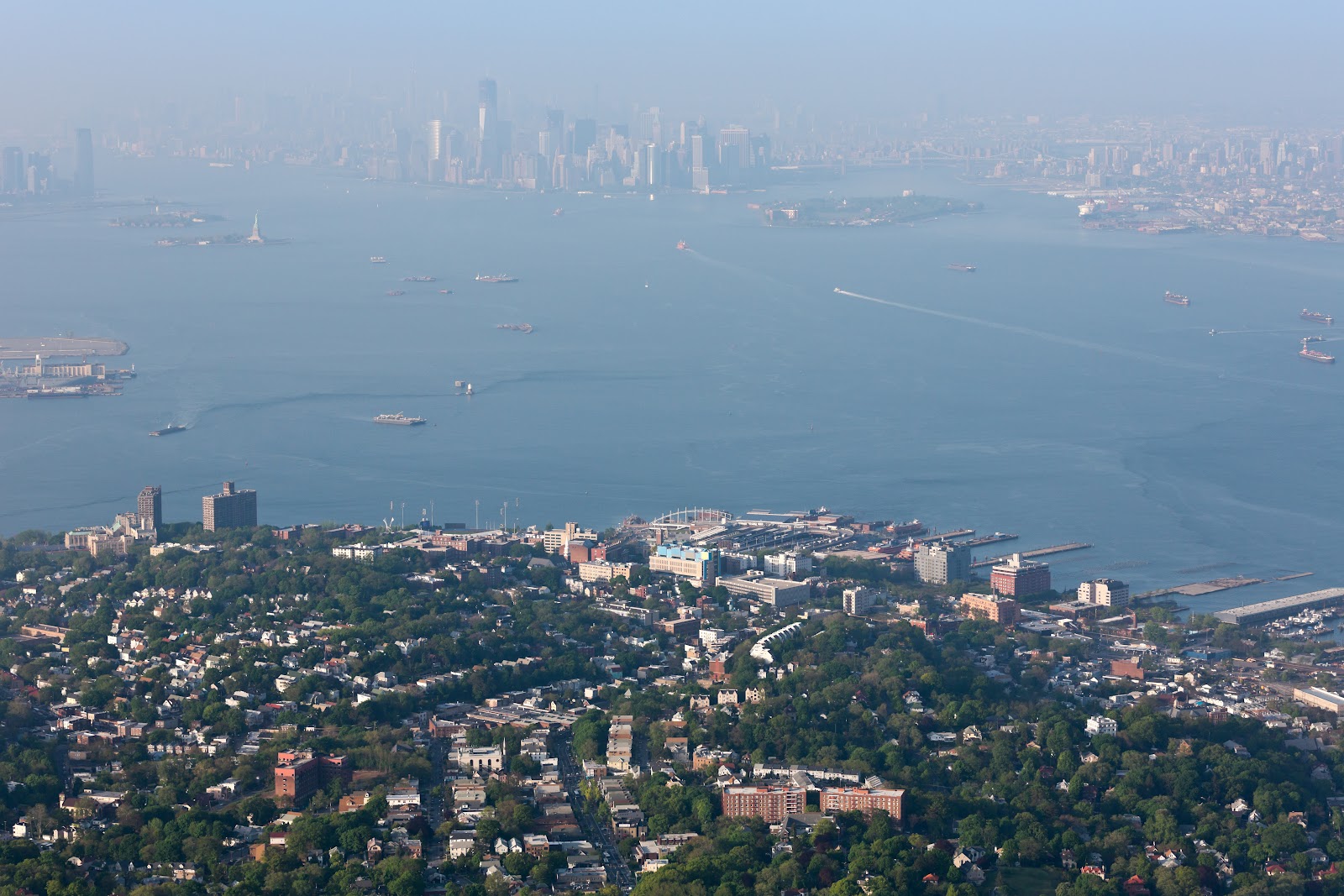 For stillspotting nyc: staten island, the fourth edition in the series, sound artist Justin Bennett and poet Matthea Harvey created “Telettrofono,” an audio walking tour that weaves history with fantasy along the waterfront. Visitors can take the self-guided walk on weekends from July 14 to August 5, setting out from a kiosk near the St. George Ferry Terminal in Staten Island.

In 1849 Antonio Meucci, an immigrant to Staten Island from Italy, became the unacknowledged inventor of the first telephone (or telettrofono), when he accidentally discovered — while administering electrical shocks to a man suffering from rheumatism — that sound could travel along electrical wires. Many of his inventions — a marine telephone, a lactometer, flame-retardant paint and smokeless candles — went far beyond the imagination of his contemporaries.

For “Telettrofono,” Bennett and Harvey combine ambient sounds from Staten Island with invented noises and an enchanting narrative. The artists envision Meucci’s wife, Esterre, as a mermaid who leaves the water for land because of her love for the sounds above ground. 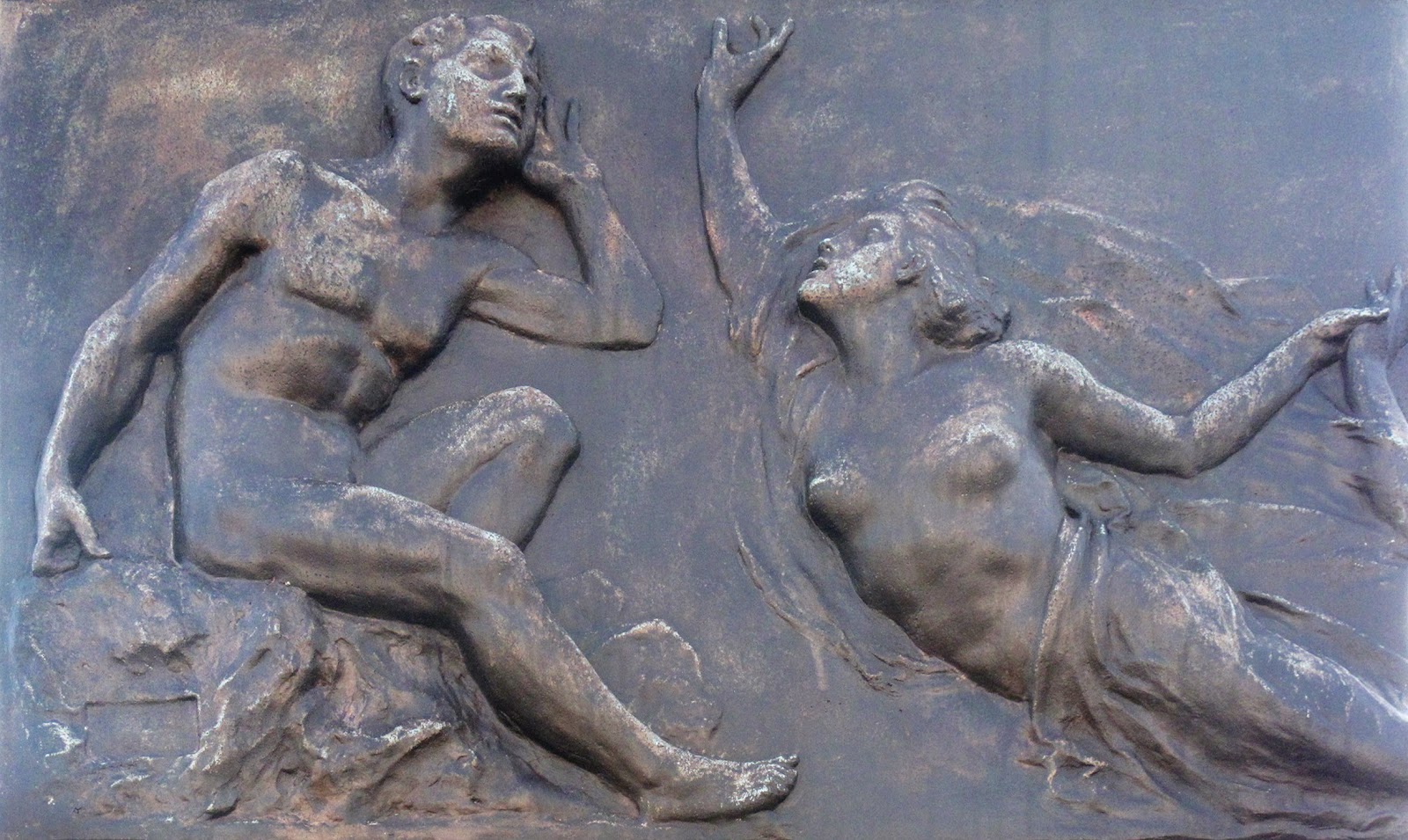 The public walk in search of this couple meanders along the waterfront, past salt mounds and industrial sites and through historic residential neighborhoods. The route is designed as a spiral to lead visitors inland from the coast. Participants will listen to the narrative soundscape through an imagined present-day telettrofono, a phone that is “smart” in the sense that it works underwater and dials into mermaid choruses. The telettrofono will take visitors to Florence and Havana, as well as through the stories, sights and silences distinct to Staten Island.

What do you hope to accomplish with stillspotting?

DL: Noise and anxiety have a big impact on our lives — much bigger than we realize. They affect the way we interact with others, the way we behave, and they can have a serious impact on our health. If we would think and act more consciously around noise and anxiety when we design city spaces and infrastructural systems, or when we develop legislation and economic models for cities, we could improve our everyday lives drastically. The project does not deliver readily available results, but is rather meant as a starting point for discussions on many levels.

How can sound affect our perception of space and place?

JB: We can hear the qualities of different spaces, and I think that different acoustic qualities can encourage a different use of urban space. The most important effect of sound on our perception of space is the acoustic horizon. How far can you hear? A great exercise is to make a map of all the sounds you can hear from where you are now. Start with the sounds closest to you (I can hear myself type, but also breathe), then direct your attention outwards (I hear movement in the house, a refrigerator and a clock ticking), and in the end try to hear sounds outside the physical space that you are in (I can hear something outside — maybe music from a neighbor? I live in a very quiet place!).

Doing this exercise in downtown Manhattan or Staten Island will give you incredibly different results. This changing acoustic horizon, created by layers of sound (in the city, usually traffic) masking sounds from farther away, shrinks our sense of social space. If you hear somebody make sounds (voice, footsteps), then you know they can hear you too — you share the same acoustic space. If you can’t hear them, you both stay in your own “bubbles,” as it were. 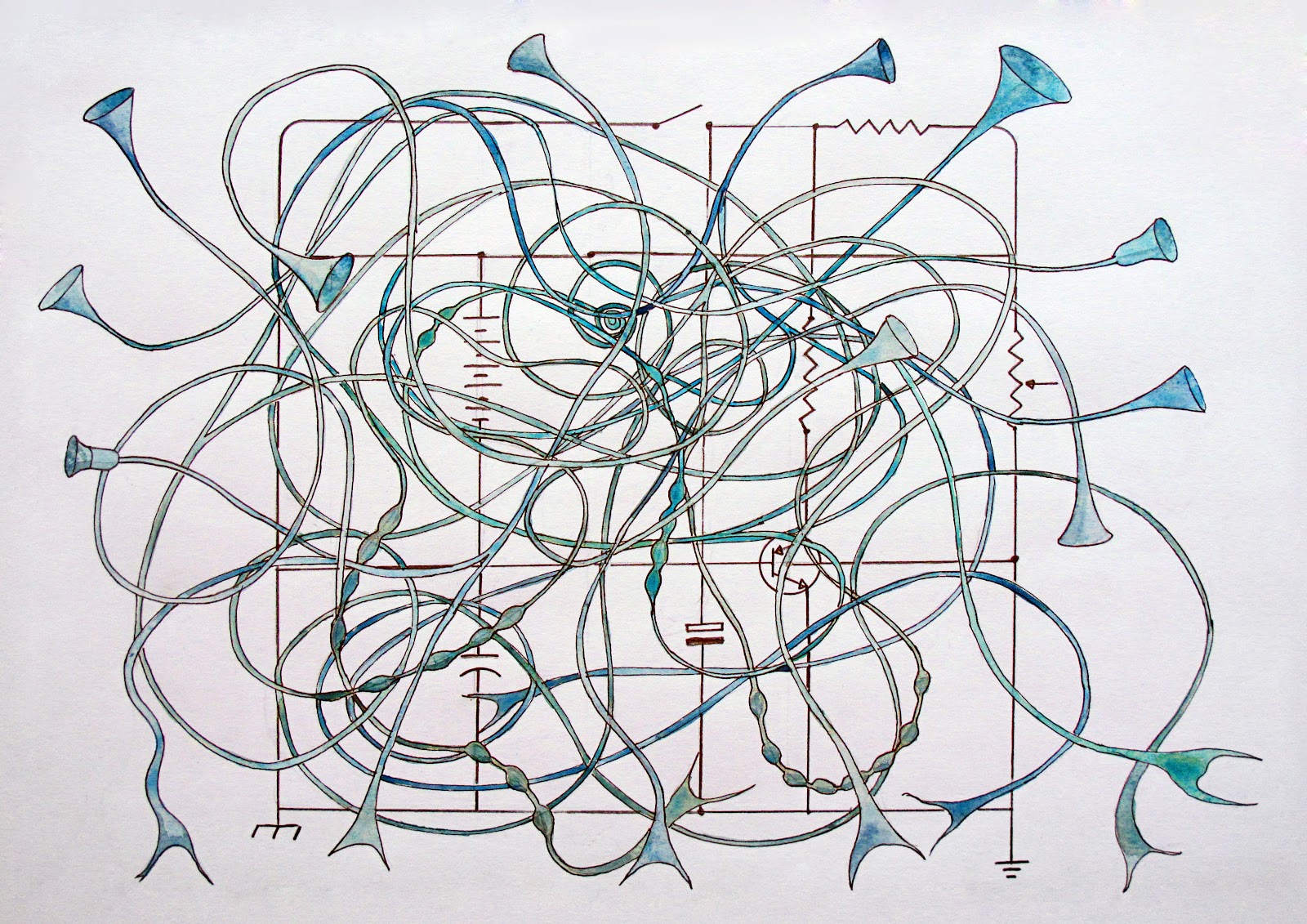 How do you envision the role stillspotting in relation to traditional museum programming?

DL: It is very important that, when speaking and thinking about cities, we don’t only do this from auditoriums, from behind university desks or in gallery settings, but do this in the actual cities that we are talking about. By taking a project such as stillspotting nyc out into the streets, we help people sense things they may have not picked up on before.

What have you learned about stillness through this project?

JB: Having lived in some noisy cities, like Barcelona and Istanbul, I know that quietness is always relative. After a while of living in a droney environment, you start to tune out the constant sounds and focus on other things. The sounds that interrupt the constant daily hubbub are the things you start to consider as “noise.” But in the end, the constant noise really affects us, psychologically and physiologically. You notice only when you leave the city to go somewhere else: into the woods or to an island. Then it’s as if the pressure has been taken off. Participants will hear a lot of sound in “Telettrofono,” but I hope they will also discover quiet moments along the route. And I think that sharpening peoples’ ears to the sounds around them is a good way of helping them notice, appreciate and deal with noise and stillness.

How does this edition of stillspotting compare with previous ones?

DL: For every edition of stillspotting, we work with people from different corners of the creative fields. We have worked with architects, composers, writers and artists so far, and now we are adding a poet and a sound artist to the mix. For visitors it will also be a very different experience. What I like about the project that Justin and Matthea have created is that it really takes your mind out of your everyday setting and transports you to this romantic world of Meucci and his wife Esterre while walking around the northern part of Staten Island. Even though this edition is addressing many things around sound and noise, I am also happy that it is wrapped in a wonderful love story for a change. 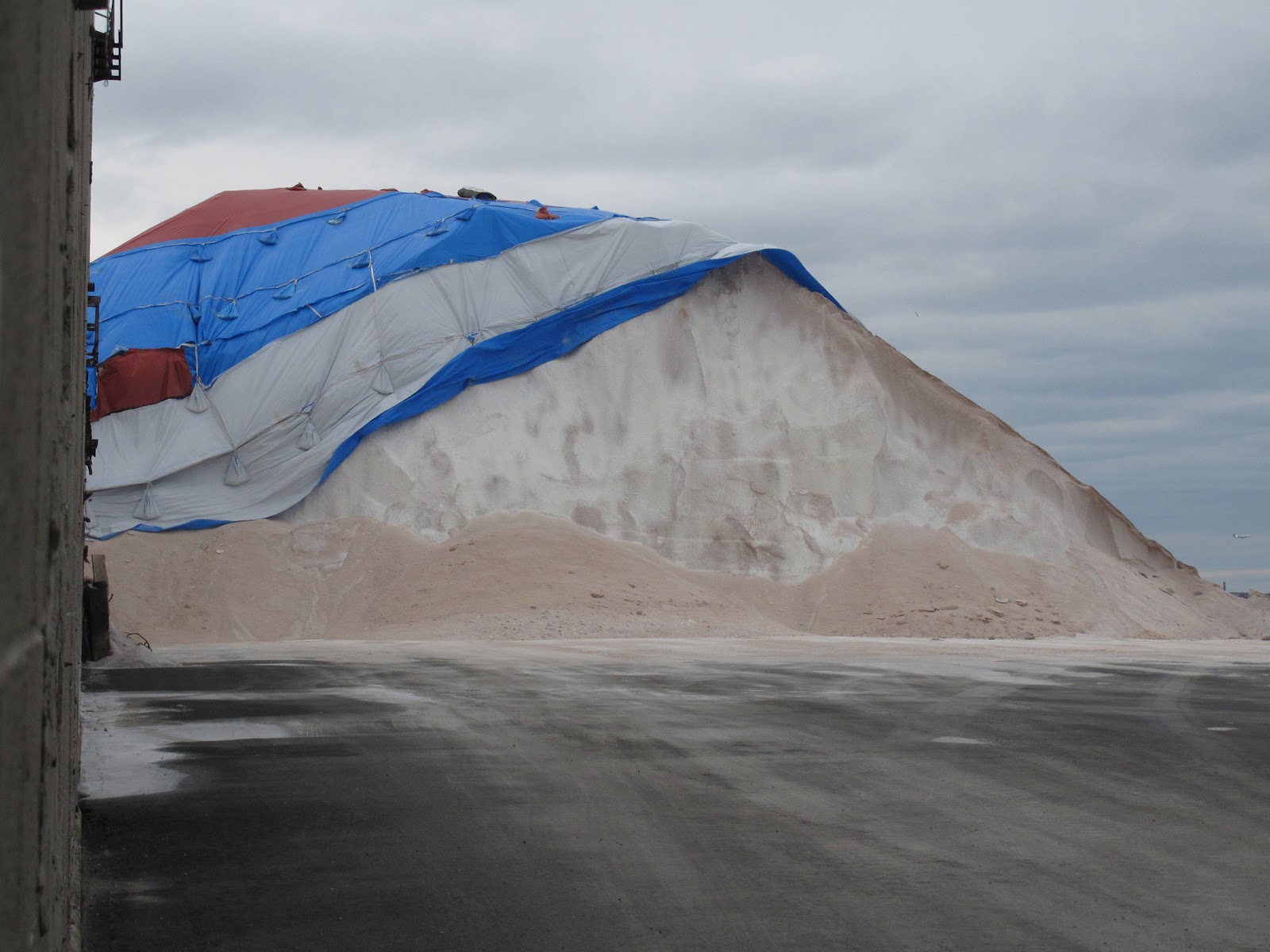 How did the site-specific nature of this work influence your process?

MH: Having to incorporate elements of the landscape was like working in a new poetic form: a 3-D sonnet or sestina, in which the sites were like rhymes that I had to write towards. The whole story of the piece was determined by the fact that Antonio and Esterre Meucci lived in Staten Island. Once we decided on the soundwalk’s route, which takes you through the Atlantic Salt Co. and its beautiful mountains of salt, I started looking out for mountains in my research. When I learned that the Meuccis traveled to Havana by ship, along with 30 tons of opera props and equipment, naturally I had to put papier-mâché mountains in the ship’s hold. Later, I researched the operas that were performed during Meucci’s tenure at the Gran Teatro Tacon and was delighted to find that the first scene of Verdi’s Ernani is set in the mountains.

What were some of the challenges you encountered while recording in Staten Island?

JB: When I’m recording, I’m usually interested in capturing the ambience of places rather than, for instance, recording isolated sound sources like a bird, car, footsteps or voice. What I found really interesting about Staten Island is that, although the residential neighbourhoods, former industrial areas and wild places are relatively quiet, there is a constant background drone from the industry in New Jersey, low flying planes, shipping, etc. Probably even sound from Manhattan and Brooklyn is audible, although it is difficult to judge direction with this kind of low-frequency noise. So, on all my recordings from Staten Island there’s this constant sound, even those from the nature reserves. 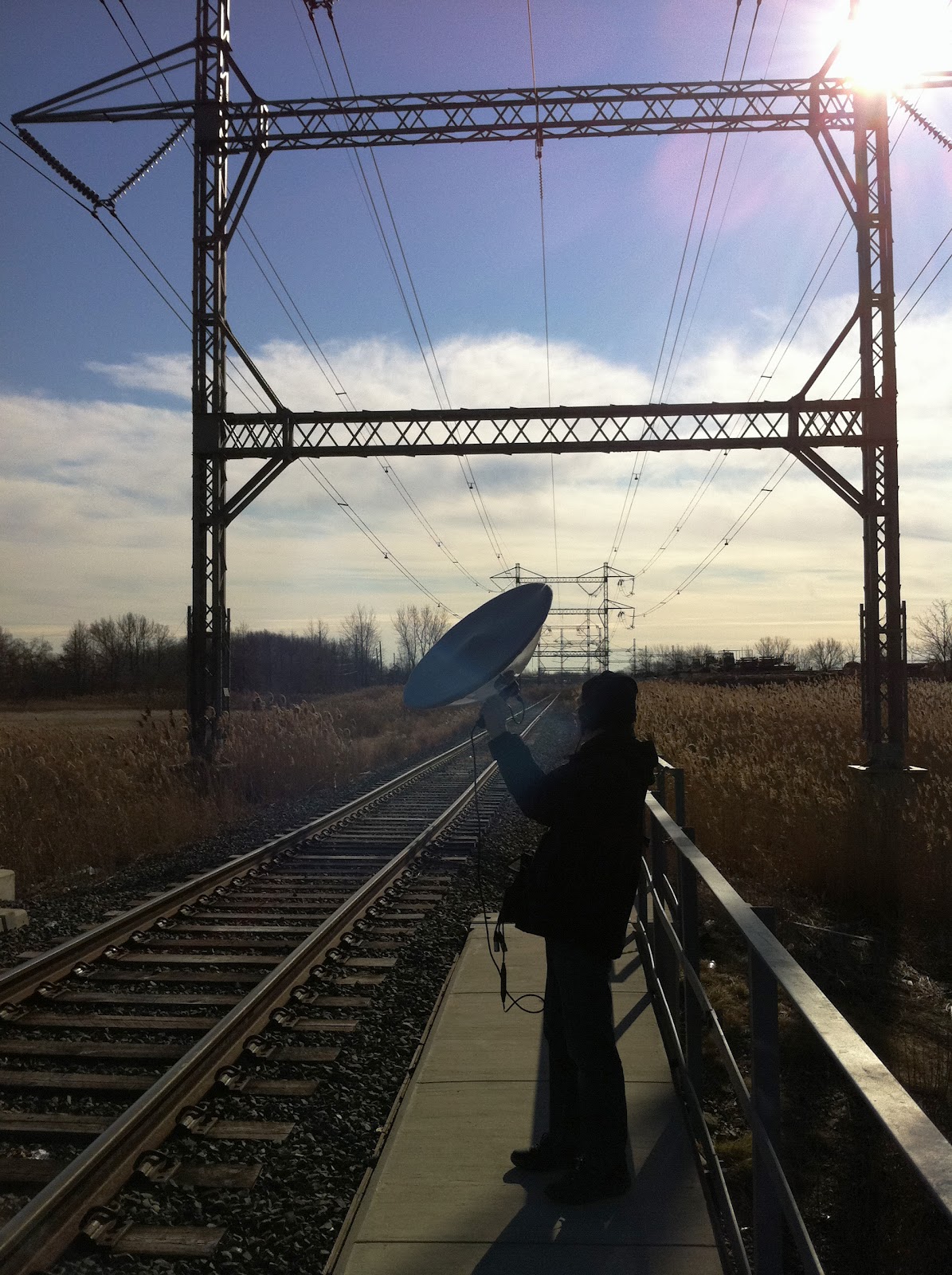 What have you learned through this collaboration?

MH: The project has made me think about where silence and stillness can be found in the city. Esterre Meucci, the mermaid, loves the din of the human world, but it starts to eat away at her bones — a kind of physical manifestation of noise pollution. Walking around Staten Island with Justin as he did recordings opened my ears; it taught me how to listen in a way that I really hadn’t before.

Where is the best location for mermaid spotting off Staten Island?

MH: Mermaids are unpredictable, so it’s hard to say. I would keep a sharp eye on the rocks and the ferry’s wake. There’s a little overgrown concrete island that you see as you walk along the water, which I think of as Esterre’s garden. I didn’t put it in the piece, to give her a bit of privacy, but I suppose I’ve ruined that now!

Details on visiting the “Telettrofono” soundwalk are available at the Stillspotting website.