Richard Stites on the Conductorless Orchestra 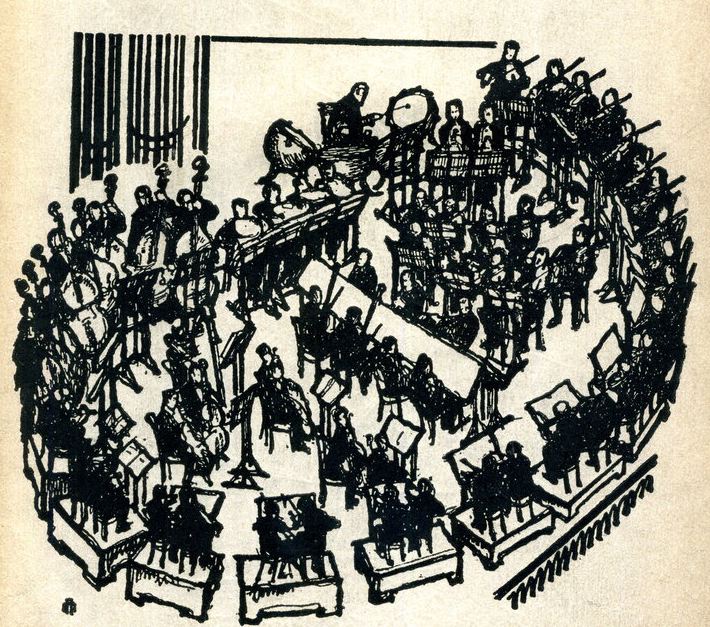 “Early in 1922, concertgoers in Moscow were notified of a concert to be performed ‘without a conductor.’ When they arrived at the Hall of Columns in the House of Trade Unions in the Kremlin, they witnessed a very unusual sight: the musicians were seated in a semi-circle facing one another, many with backs to the audience. This was the opening demonstration of an experiment in collective labor known as the Persimfans (Pervyi simfonicheskii ansambl bez dirigera) or First Symphonic Orchestra without a Conductor. Its ten year existence, 1922-32, was an example of continued belief in unalienated labor, equality, anti-authoritarianism, and — in its date of termination — of the ultimate fate of these things under Stalin. Persimfans and its seventy musicians was a Utopia in miniature, a tiny republic, and a model workshop for the communist future. Like many practicing Utopias of the 1920s, it was an island in the midst of persistent inequality, a laboratory of communism, a beacon of early idealism, an inspiration for the future, and a graphic demonstration of how egalitarian mechanisms could actually work if given the opportunity.”