Too Many Startups in Cities?

Urban imagination in the Americas revolves around two paradigms: the growing city and the declining city. The growing city symbolizes the dream of expansion — full of bustle, construction and recent arrivals eager to succeed. The declining city is the disappointed dream, with vacant buildings, rusting industrial kingdoms and, in Detroit, an endless grid of empty streets.

Statistically, growing and declining cities fall into well-defined patterns. Growing cities have rising populations, rising rents and falling unemployment, while declining cities have the opposite. One other statistic stands out, harder to measure but probably more important: the number of new businesses. The list of cities with exciting entrepreneurship scenes fits neatly into the paradigm of the growing city.

New business means new employment, which means new income, and new income means a wealthier, healthier (although not always happier) city. If businesses leave or fail, the opposite occurs. A movement in entrepreneurship can spark a cycle in either direction.

Can you have too many startups, and what does a bubble in entrepreneurship mean for cities? A bubble has minimal impact if only investors get hurt, but where new business is concerned, a bust could push cities from growth into decline.

When my father graduated from college in the era of Watergate, journalism drew the young and ambitious. In the late 1990s and early 2000s, Wall Street ballooned into a giant vacuum tube, sucking smart students straight from graduation to New York to work long hours as junior analysts. Management consulting got popular in the mid 2000s, but today it is startups that are hot.

Entrepreneurship is hot because it means opportunity. Just as my father’s generation was informed by the story of Bob Woodward, mine is informed by the story of Mark Zuckerberg. Technology is the product of our time — the medium through which we can make change and do better than our parents. Entrepreneurship is also hot by default. Corporatism as a whole was stained by the bailouts and by Occupy Wall Street, and new graduates shy away from traditional management positions. 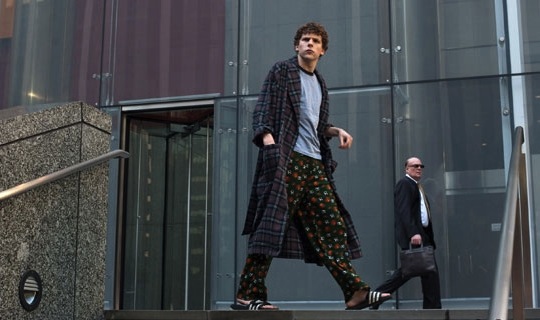 The story of my generation. Source: The Economist

Graduates flocking to start companies are met by an equally large surge in investment. Hundreds of incubators, accelerators and networks of "angel investors" who fund ventures at very early stages have sprouted in the last five years. According to David Tisch, the managing director of the Boston branch of Techstars, a popular accelerator, if you’re a startup and you can’t get seed funding, “there is something wrong.”

The Obama administration has also passed a number of measures to help startups, most notably the JOBS act (Jumpstart Our Business Startups), which considerably relaxes regulation of early-stage ventures, making it easier for entrepreneurs to raise funds.

I am a part of the the swell in startups, a fellow in the first class of Venture for America, a program that matches recent graduates with startups in low-income cities, with a mission to revitalize American cities through entrepreneurship. I am inclined to believe that we have too few startups, not too many.

Startups should be bubble-proof. If a startup bubble is the Dot-Com Bubble 2.0, my statement does not hold, but "startup" itself is not a sector. It is a stage of development, the first and most important for growth. How can we overvalue growth?

According to President Obama, "These small businesses are the mom and pop stores and restaurants, beauty shops and construction companies that support families and sustain communities. They’re the small startups with big ideas, hoping to be the next Google, or Apple or HP. Altogether, they create roughly half of all new jobs."

The entrepreneur seeking funding does not see a bubble. Raising money is no walk in the park, requiring months if not years of hard work. We are still in a slump, and it’s hard to tell if the recent ramp-up in angel investing is unusually high or simply a return to pre-2008 levels. And angel investors still largely ignore garden-variety startups, the restaurants and beauty shops and construction companies that look little like the next Apple.

I’m also inclined to believe that corporatism is on its way out. Not only will the dinosaurs alive today fall, but the entire race of dinosaurs will go extinct. All of our structures will have to be remade in smaller, more flexible, start-uppity form. Creative destruction in the way Joseph Schumpeter meant it.

Our cities are defined both in imagination and reality by economic cycles. But cycles, and startups, are necessary to build a better world. Cities should be wary of the effect a bursting bubble could have on their local economies and do what they can to discourage the obvious inflation in the social, the mobile, and the app-licable. But for declining cities, entrepreneurship could be a way to start the spiral up.