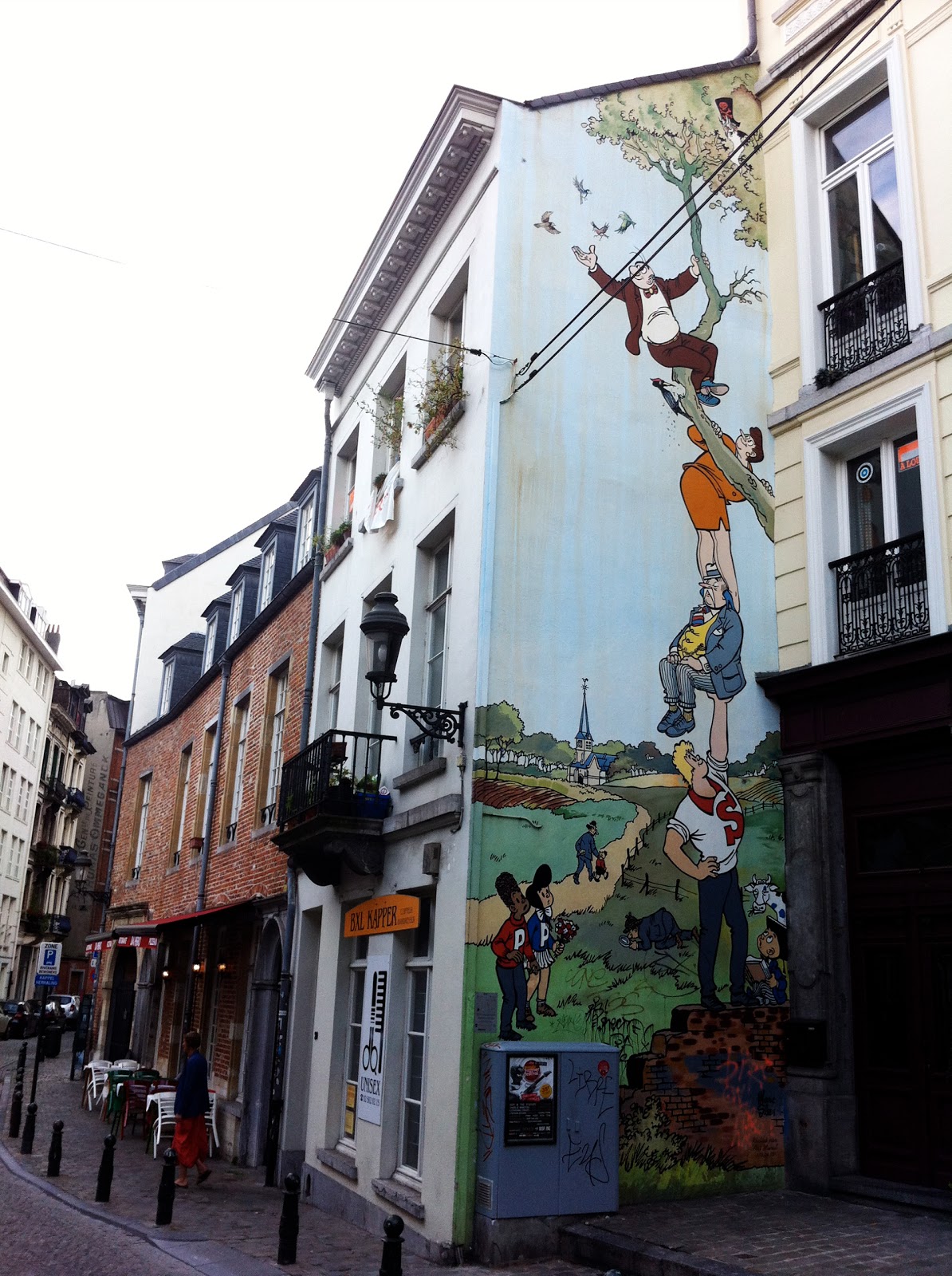 When we speak of urban heritage, the goal is often preservation — to keep what is already there. But an art initiative in Brussels has shown that inheritance also can be used to reinforce and highlight a new identity. 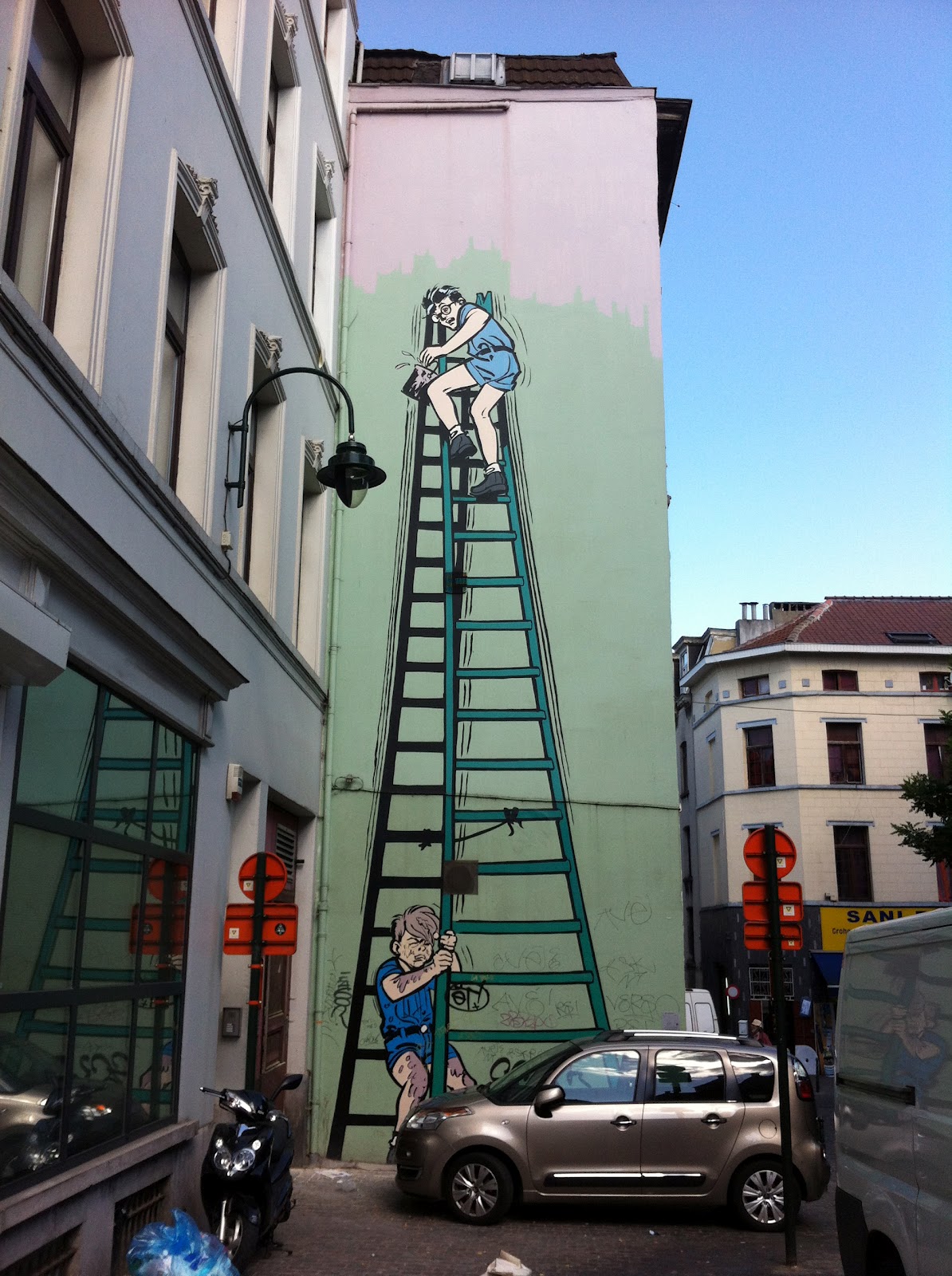 Brussels is brimming with comic book shops, and its Comic Museum attracts over 200,000 visitors per year. In 1991 city authorities, in collaboration with the Comic Strip Center, began hiring cartoonists to cheer up some of the city’s empty facades with cartoon murals. 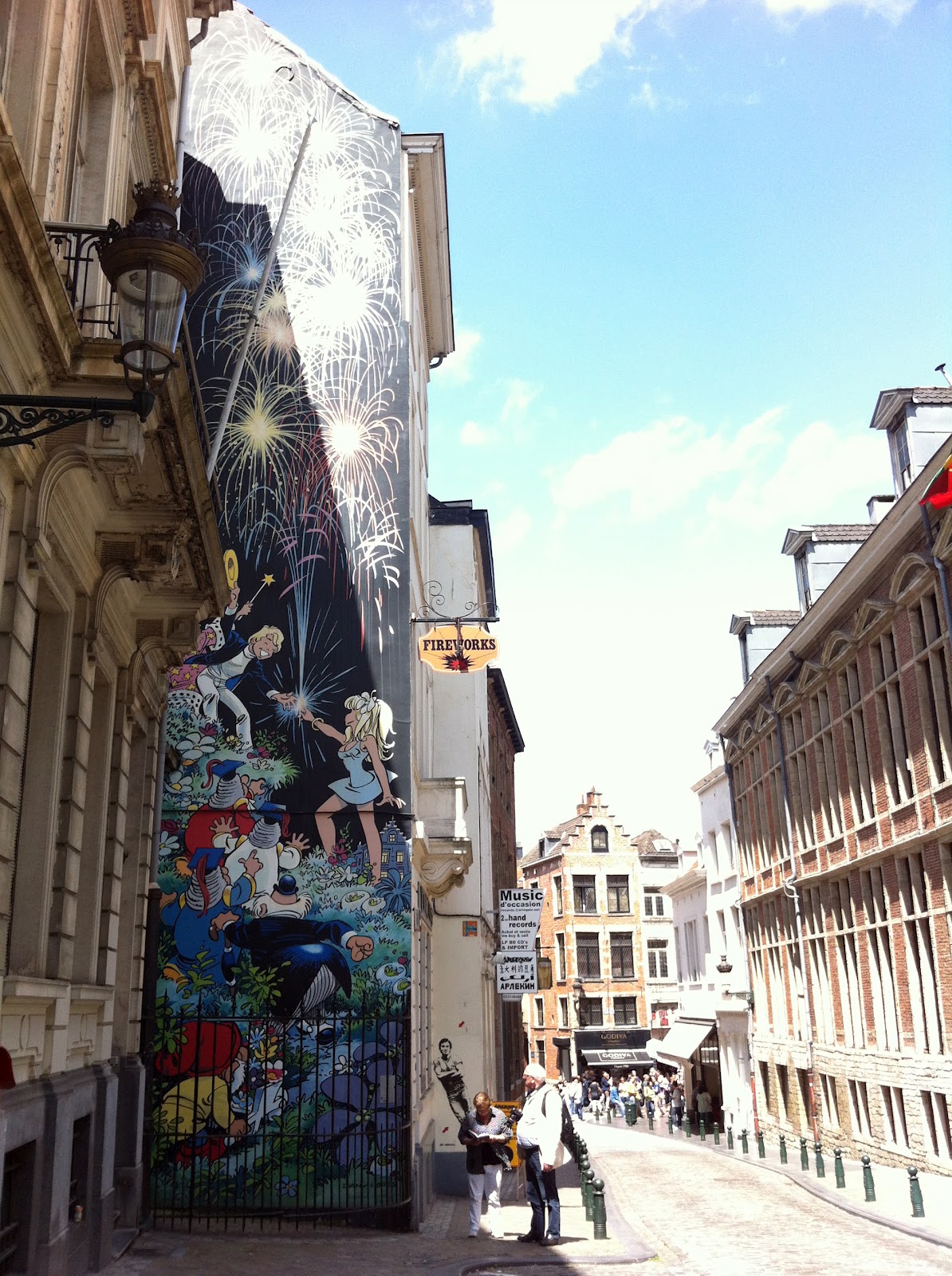 The first mural, Broussaille, was managed by Art Mural, an organization founded by five artists in 1984 with the aim of increasing the number of murals in public space. The 35-square-meter comic wall, located at the intersection between Marché au Charbon and Teinturiers, is an homage to the Belgian cartoonist Frank Pé. 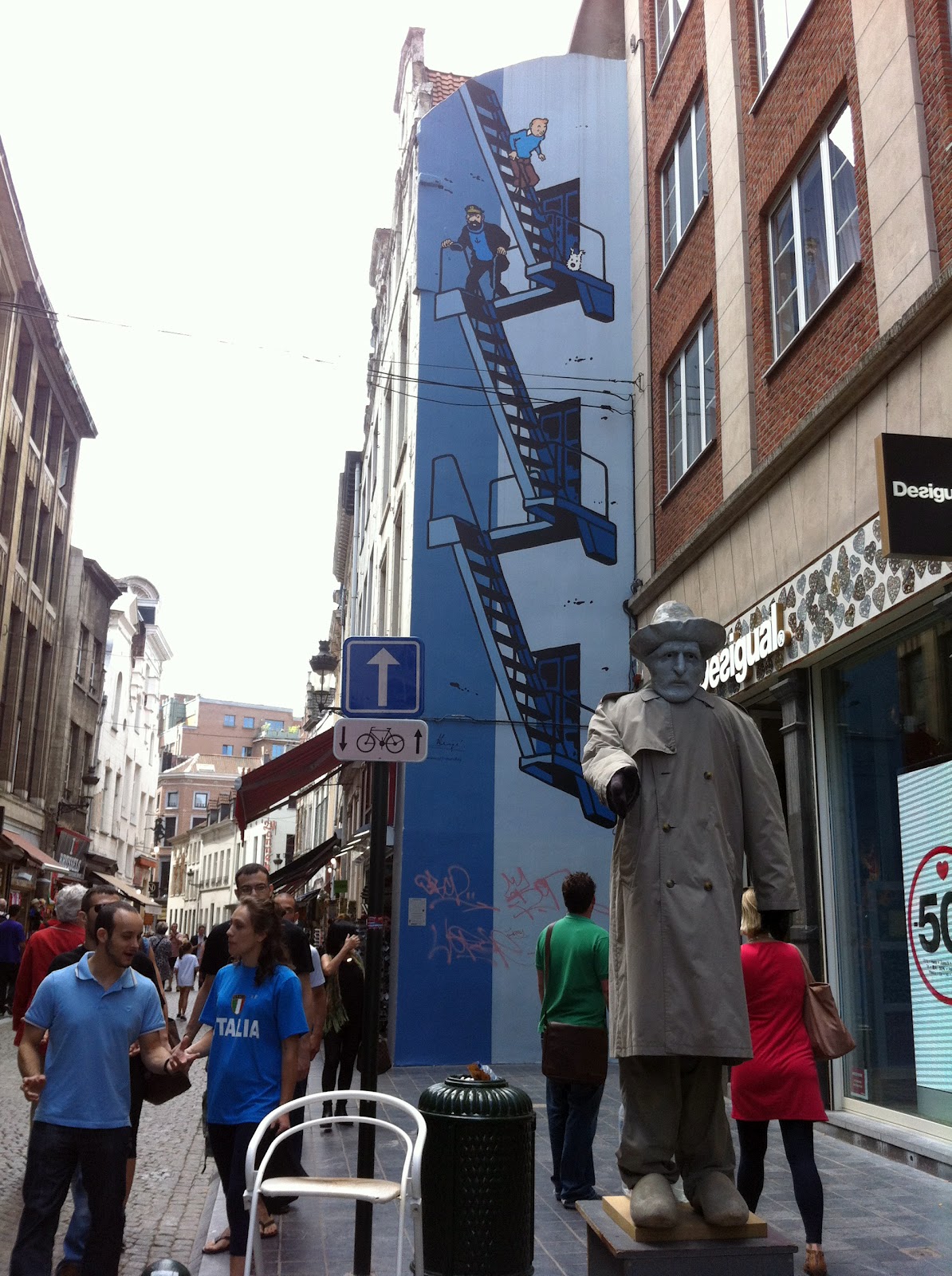 During the second half of the 20th century, Brussels became one of the world’s leading cities for comic art. Here Georges "Hergé" Prosper Remi created Tinitin, Pierre "Peyo" Culliford invented the Smurfs, and Maurice "Morris" De Bevere developed Lucky Luke. Major exhibitions have been organized since the late 1960s, and in 1989 the Belgian Centre for Comic Strip Art opened in an old warehouse designed by the Art Nouveau architect Victor Horta. 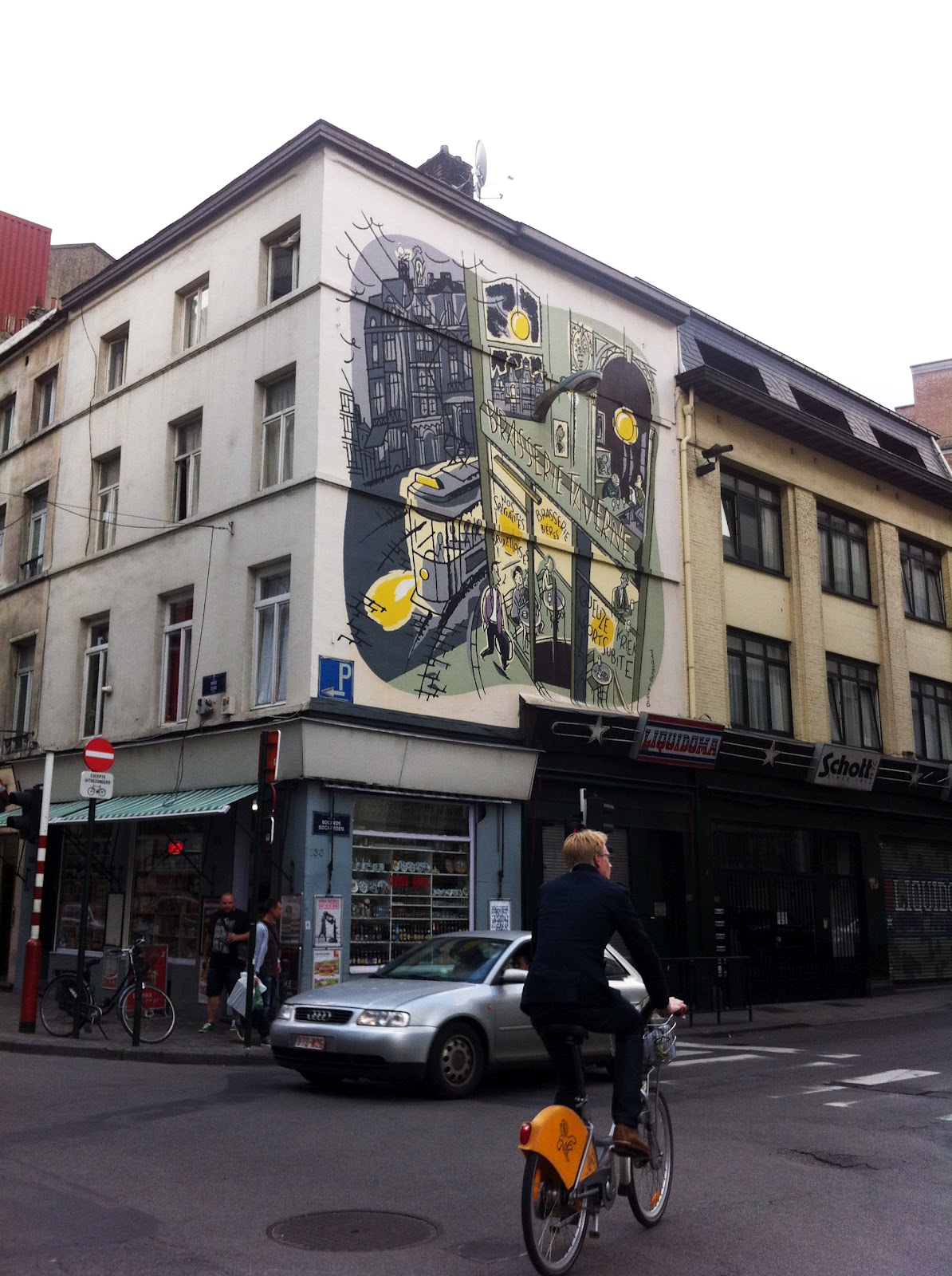 More murals followed, and today there are more than 50 throughout the inner city of Brussels, as well as the neighborhoods of Laeken and Auderghem. The "comic strip trail" has grown into a tourist attraction, with guided walking and cycling tours. 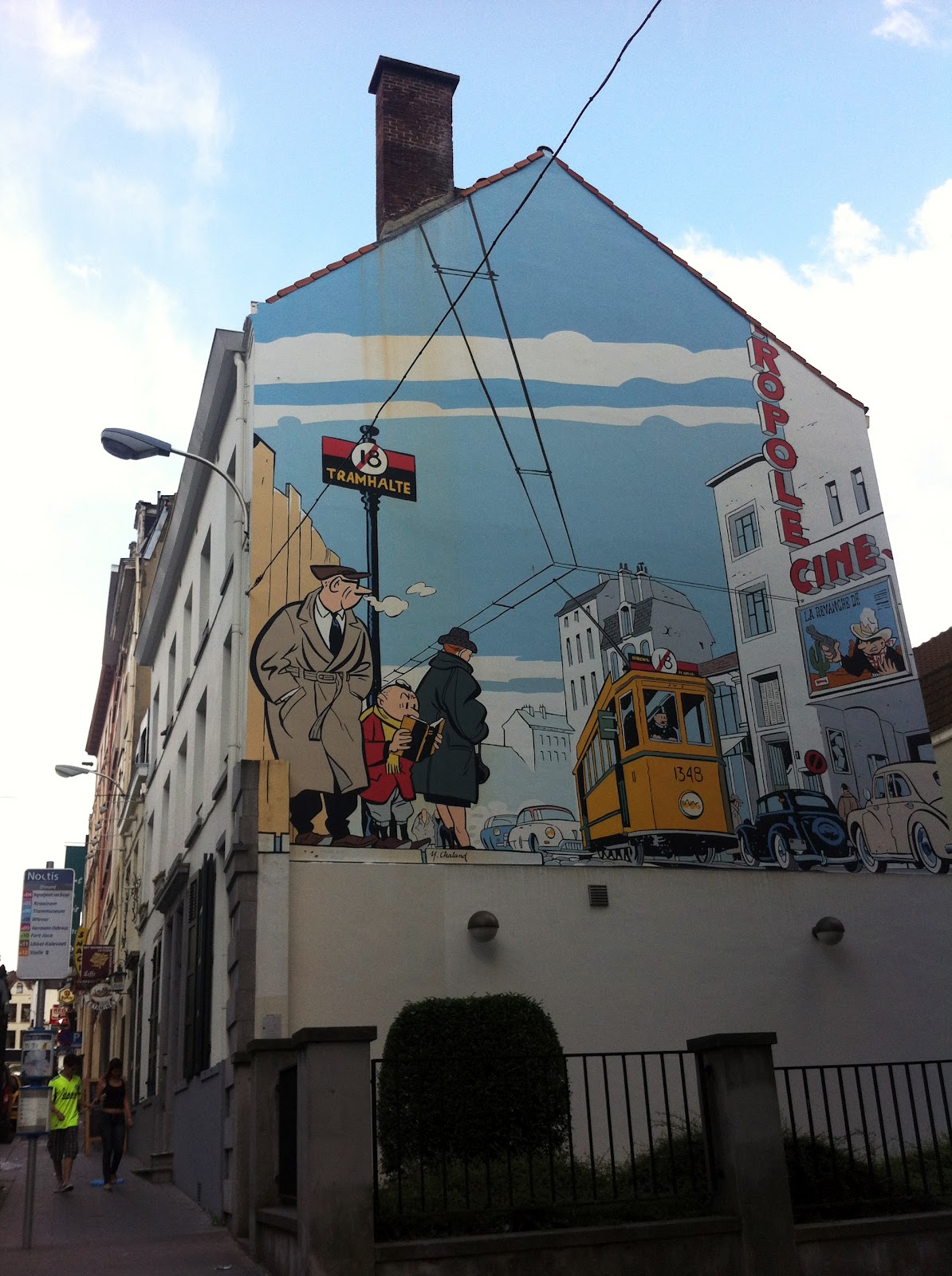 I'm not sure how the inhabitants of Brussels feel about the comic mural initiative, but as a visitor I appreciated how the murals add modern history to the urban fabric and remind the viewer of the comic book artists that once worked there. I hope the city pays tribute to today's generation of cartoonists as well.